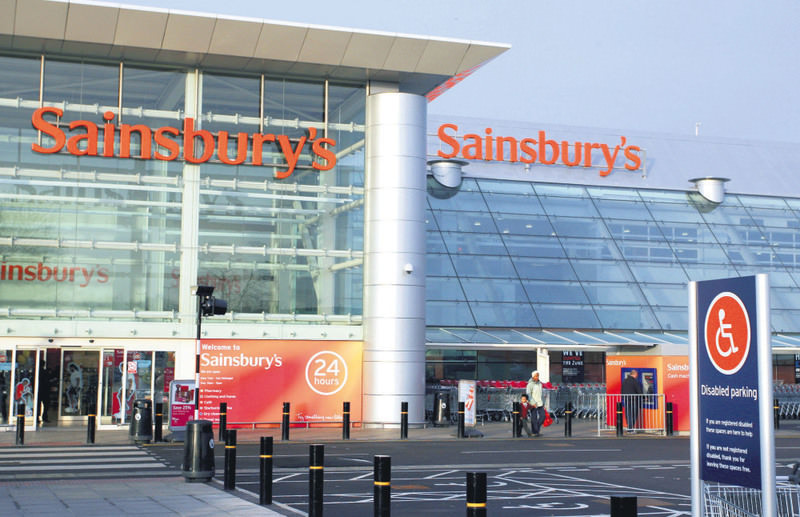 by Jun 11, 2015 12:00 am
Investors bought in to British supermarket chain Sainsbury's insistence that its strategy is working, lifting its share price by 5 percent on Wednesday despite a sixth straight quarter of declining underlying sales.

Bets against the sector are at record highs, with Sainsbury's, which is 25.9 percent owned by Qatar, and Morrisons the most shorted stocks on Britain's benchmark FTSE 100 index amid fierce competition with discount rivals that has contributed to record price deflation.However, shares in Sainsbury's, down by a quarter over the past year, jumped by 5 percent in morning trade after Chief Executive Mike Coupe highlighted quarterly volume and transaction growth, driven by the price cuts and investment in product quality and availability that was outlined in November.

"We're seeing underlying volume growth and underlying transaction growth, both of which are encouraging signs, given the deflationary environment," Coupe told reporters. "We're pretty pleased with that and actually we're slightly ahead of where we expected to be at this stage."

Yet the question remains over how long and how low Sainsbury's and rivals can cut prices to win market share at the expense of the bottom line.

That was bang in line with analysts' consensus forecast but worse than a fall of 1.9 percent in the previous quarter. Sainsbury's, in common with its major rivals, is battling to win back ground against discounters Aldi and Lidl through price cuts. All players are also having to deal with record commodity-driven industry price deflation.

The company has previously said it expects like-for-like sales to be negative in the full 2015/16 year. Total retail sales, excluding fuel, fell 0.6 percent in the first quarter.

Finance chief John Rogers noted that within that number is 2-2.5 percent deflation, implying volume growth of 1.5-2 percent. He also said that items per basket in supermarkets had recovered to be flat. Sales at convenience stores rose 11 percent in the quarter, while online grocery sales were up 6 percent. Sainsbury's expects deflation to persist for the balance of this year and probably into 2016. "The big factor that weighs on the numbers is deflation, and until we start seeing some signs that inflation might return to the market place I don't think anybody can call any turn," Coupe said. Bernstein analyst Bruno Monteyne noted that Sainsbury's shares trade at a lower rating than Tesco and Morrisons. "Once the fear of what might happen, when Tesco does this or that, falls away ... Sainsbury's will re-rate (upwards)" he said.