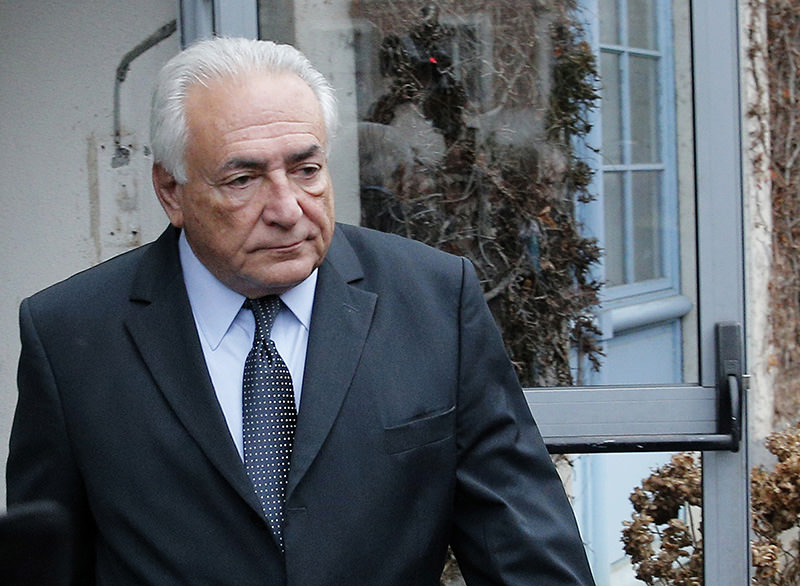 File image shows former Managing Director of IMF Dominique Strauss Kahn leaving his hotel in Lille, France, as he goes on trial for sex charges at a court on Feb. 11, 2015 (AP Photo)
by Associated Press
Jun 12, 2015 12:00 am
Former International Monetary Fund chief Dominique Strauss-Kahn has been cleared of pimping charges in a French trial that hinged on sex parties that took place in the midst of the global financial crisis.

Strauss-Kahn had told the court the parties were much-needed "recreational sessions" and he did not know the women who took part were prostitutes. In often sordid testimony, the women described sometimes brutal get-togethers that, they said, were not fun for them at all.

Allegations against Strauss-Kahn started when a New York hotel maid accused him of sexual assault in 2011. That case was settled out of court.
Last Update: Jun 12, 2015 11:54 pm