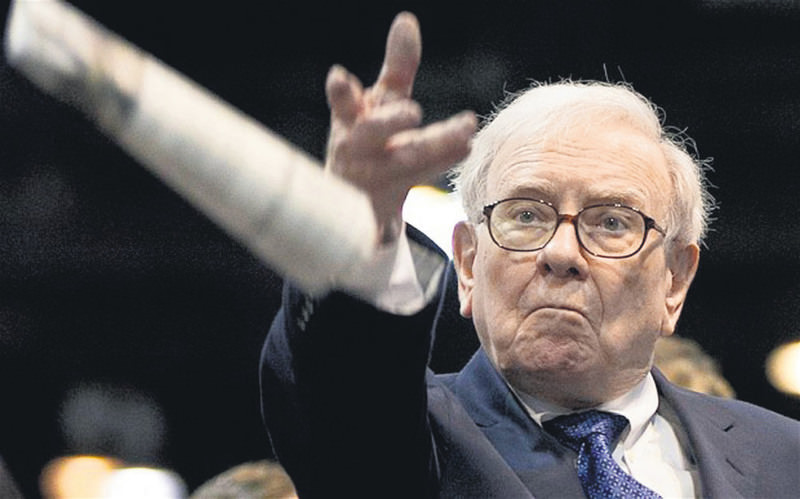 by Jun 17, 2015 12:00 am
Print-loving U.S. billionaire investor Warren Buffett says he is ready to buy more newspapers despite concerns about falling advertising revenues and the move toward online content.

The 84-year-old head of Berkshire Hathaway, one of the world's richest men and one of its sharpest investors, has over the past few years snapped up dozens of papers in the United States, mostly in small-town America.

A former paperboy, he remains a big fan of print and reads five newspapers every day. Newspapers are, however, only a small part of his conglomerate's portfolio.

"I will be the last guy in the U.S. reading a newspaper," he told The Australian broadsheet, which is owned by media mogul Rupert Murdoch, in an interview published Wednesday. "If the right newspaper came along and the price was right, I'd buy it tomorrow." Buffett has previously explained that despite doom and gloom surrounding the print industry he believes there will always be a place for local papers producing news that engages the community.

"The trend is against us but ... our papers are all doing well financially now, I think, but not as well as they were five years ago," he said, adding that they still stacked up as investments.

"I'm a throwback, I guess, but I bought these papers knowing that circulation is suffering, ads are suffering and we will be newspaper owners to the bitter end."

While retaining confidence in local content, he also predicted premier titles such as The Wall Street Journal and The New York Times would survive in print form because "there are just enough people who are going to want to read outstanding national newspapers."
Last Update: Jun 17, 2015 11:48 pm
RELATED TOPICS