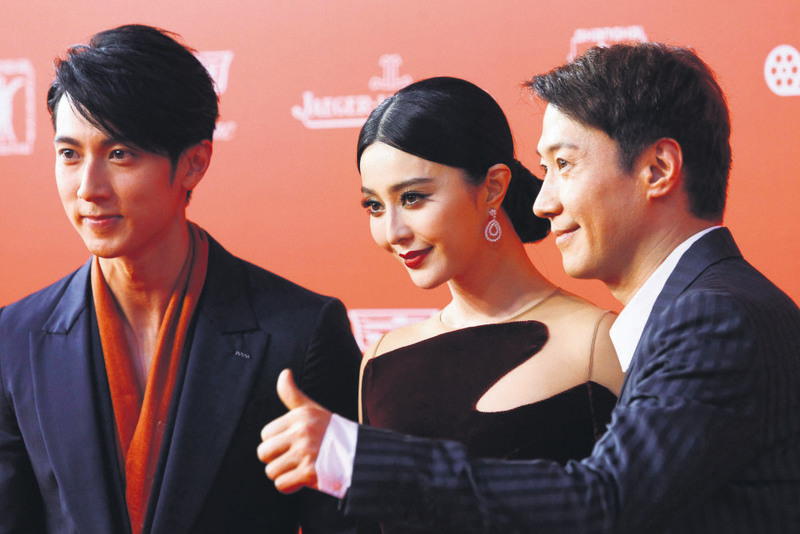 by Jun 18, 2015 12:00 am
Chinese companies are ramping up investment in the foreign entertainment industry as the country seeks to boost its soft power by crafting films that appeal to global audiences, industry officials said this week on the sidelines of the Shanghai International Film Festival. After decades of spreading the message of the ruling Communist Party, Chinese studios have become more attuned to commerce, but still face strict government controls over content deemed politically sensitive or pornographic. But cashed-up Chinese companies have grander ambitions than the domestic market, making investments in U.S. studios, signing co-production deals with other countries and seeking global box office success. In the biggest deal of its kind to date, a unit of state-backed Hunan TV in March announced a $1.5 billion agreement to fund the movies of U.S. studio Lionsgate.

"There's clearly more [Chinese investment] coming," entertainment lawyer Schuyler Moore, who represented Hunan TV in the deal, told Agence France-Presse (AFP) on the sidelines of the Shanghai International Film Festival, which ends Sunday. "In fact, there's a lot more coming," said Moore, a partner in the corporate entertainment department of law firm Stroock. Already, for instance, China's Huayi Brothers Media Corp. plans to jointly produce at least 18 films with U.S. film and television studio STX Entertainment, while Chinese conglomerate Fosun International has taken a stake in U.S. media company Studio 8. Moore sees the likelihood of a Chinese company taking over a U.S. studio, citing possible players like e-commerce giant Alibaba and property developer Wanda Group, which bought U.S. cinema chain AMC Entertainment for $2.6 billion in 2012. "You can imagine from the Chinese perspective, they're trying to get Chinese culture out around the world," Moore said. At the film festival, buzz is building for "The Great Wall," an upcoming science-fiction movie directed by Zhang Yimou, which is set in China but includes famous Hollywood actors Matt Damon and Willem Dafoe. Zhang was originally known for art films like "Red Sorghum" and "Raise the Red Lantern" before turning to bigger-budget productions and even the opening ceremony for the 2008 Beijing Olympics. "The most common discussion ... is how to make a movie that works in the massive Chinese domestic market and will simultaneously work in the U.S.," Clifford Coonan, Asia bureau chief of The Hollywood Reporter, told AFP.

China is the world's second-largest box office with $4.8 billion in revenue in 2014, trailing only North America at $10.4 billion, according to the Motion Picture Association of America (MPAA). "The movie seen as most likely to succeed is 'Great Wall,'" Coonan said. Another contender is "The Bombing," a film about an American who helps teach Chinese pilots how to fight the Japanese during World War II, with actor Bruce Willis of "Die Hard" fame in the leading role. But the concerns of government censorship and strident political messages common in domestic fare could be a turn-off for foreign audiences, though some believe the box office will be the ultimate determiner of minting a Chinese hit. "The market would most likely decide," Ying Zhu, professor of media culture at the College of Staten Island, told AFP.
Last Update: Jun 20, 2015 1:13 am
RELATED TOPICS