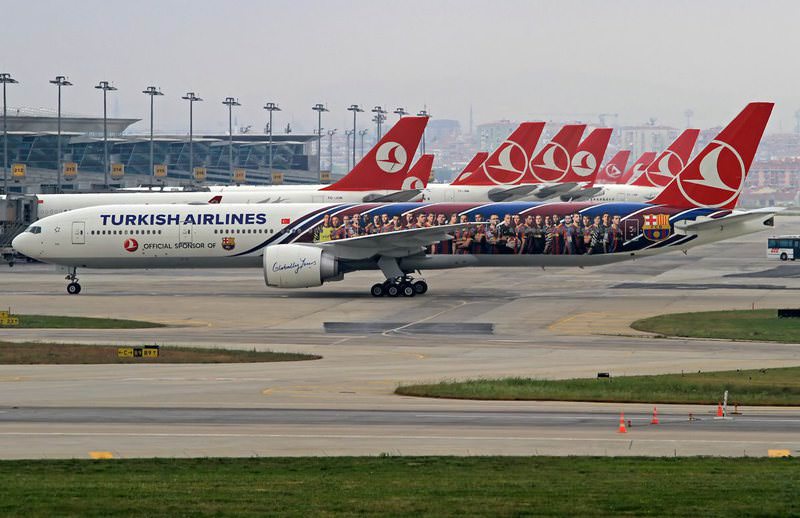 by Daily Sabah Jun 18, 2015 12:00 am
Turkish Airlines has been ranked forth at the annual Skytrax World Airline Awards in 2015 which was announced on Tuesday at the Paris Airshow Awards ceremony.

The company stated that food quality, the comfort of seats, in-flight entertainment, cost and value, cabin crew friendliness was among the assessment criteria.

18.9 million passengers in 110 countries across the globe shaped the final result according to CNN.

Back in 2011, Turkish Airlines had also received awards for "Best Premium Economy Seats" and "Best Airline Southern Europe" by Skytrax.

The Skytrax World Airline Awards also known as "Passengers Choice Awards" were established in 1999. The best airlines are chosen according to the results from the world's largest airline passenger satisfaction survey.