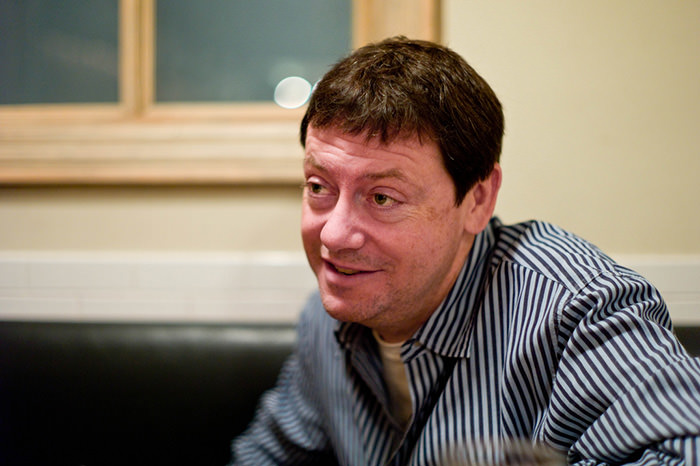 |Wikipedia Photo
by Daily Sabah Jun 23, 2015 12:00 am
Famous American investor Fred Wilson, known for his investments on internet websites, such as Kickstarter, Foursquare, Etsy, and Hailo, has mentioned that mobile communications investors planning to open to the global markets should make Turkey their target market after his observations during his trip to Istanbul on his personal blog, which he updates on daily basis.

Wilson has drawn the attention of his followers due to the popularity of smart phones and internet usage in Istanbul in his recent article titled 'Technology in Istanbul'. He has touched upon the quality of mobile and Wi-Fi access to the internet in Istanbul, compared to the provided quality in the United States.

Wilson has said that many people use the 'check-in to places' app Swarm, "it makes you think it was innovated in Turkey," he said.

Wilson suggested that mobile communications investors who are planning to open to the global markets should make Turkey their target market because of the extensive use of technology in Istanbul and other major cities in Turkey.

Fred Wilson, born in 1961 is an American investor and blogger. He is the co-founder of Union Square Ventures, a New York City-based venture capital firm with investments in Web 2.0 companies such as Twitter, Tumblr, Foursquare, Zynga, Kickstarter, and 10gen.
Last Update: Jun 23, 2015 6:31 pm
RELATED TOPICS