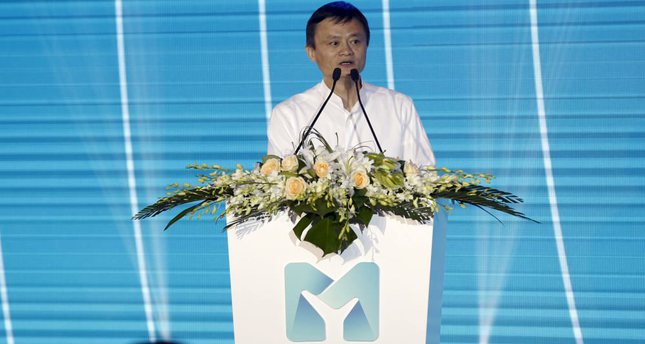 Chinese e-commerce behemoth Alibaba on Thursday launched an Internet bank aimed at serving small businesses which often struggle to obtain credit from large banks. MYbank, which is 30 percent owned by Alibaba-linked Ant Financial Services Group, said in a microblog post it will offer loans of up to 5 million yuan ($800,000).

The bank, based in the city of Hangzhou where Alibaba is headquartered, added it will serve "small businesses, individual consumers and rural users."

Alibaba completed the world's biggest IPO last September with a listing on the New York Stock Exchange that raked in $25 billion and made founder Jack Ma one of China's richest men.

The company's ambitions extend beyond e-commerce and it has already sought to shake up state banks with a financial product called Yuebao, an investment fund that offers better returns than traditional deposits. The IPO was priced at $68 and the shares rocketed to $120 in November. But since then they have been hammered by poor third-quarter results and a row with Chinese authorities who accused Alibaba of allowing imitation goods to be sold on its platform.

Alibaba said last month it would replace its chief executive despite a 45 percent gain in revenue in the January-March quarter. Profits plunged by nearly half in the period.

Last year China approved several private banks including one invested in by Internet giant Tencent, a key rival of Alibaba.

China previously had only two private banks, Minsheng and Ping An. Its state-run banks have been seen as reluctant to lend to small and medium-sized enterprises. Other major shareholders in MYbank include units of privately-owned conglomerate Fosun with 25 percent, auto parts maker Wanxiang Group with 18 percent and investment firm Yintai with 16 percent.

Share on Facebook Share on Twitter
Previous in Business Japanese car giants Toyota, Nissan and Mitsubishi have expanded a... Next in Business Saudi Arabian Airlines will take delivery of 50 aircraft from Airbus...
DAILY SABAH RECOMMENDS