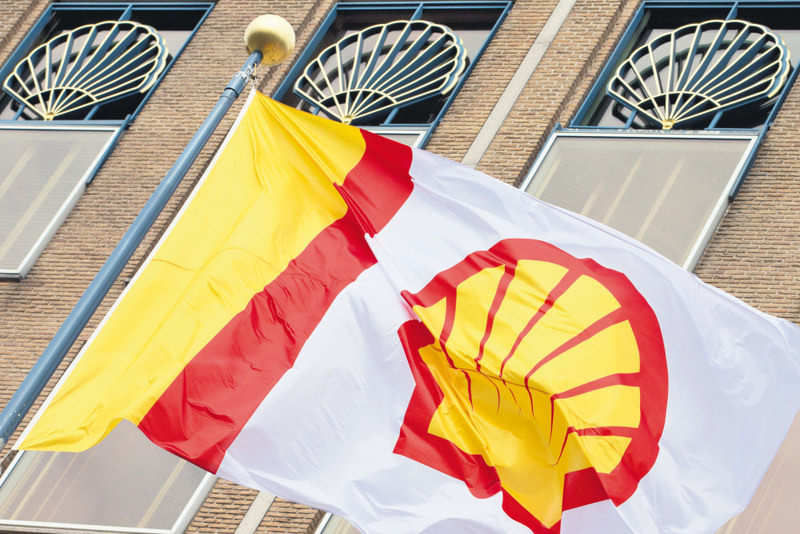 Shell's $82 billion purchase of gas company BG Group is the biggest deal announced so far this year. The combination will boost Shell's oil and gas reserves by 25 percent.
by Associated Press Jul 03, 2015 12:00 am

With $2.3 trillion of deals announced, deal makers had a busy first half of the year. It is the second-best half-year total on record and the highest amount since 2007

Companies around the world announced mergers and acquisitions worth $2.3 trillion, according to figures from data provider Dealogic, the second-best half-year total on record and the highest amount since 2007, when $2.6 trillion of deals were announced. The tie-ups included 31 deals worth $10 billion or more, accounting for 39 percent of the total. That's the largest share since the second-half of 1999, at the peak of the dot-com bubble.

The rush to merge has been driven by low borrowing costs and steady but unspectacular growth in the U.S. economy, which have sent CEOs hunting for new ways to expand sales and boost earnings. Companies from ketchup maker Heinz to oil producer Shell have joined the M&A throng this year. "The mega-mergers, the big deals, have come back into favor," says Neil Dhar, U.S. capital markets leader at professional services firm PwC. Of course, what's good for Wall Street isn't necessarily good for Main Street.

Mergers typically push up stock prices at least for the company being acquired and generate healthy fees for the investment banks and law firms that advise on the deals. But they can also mean layoffs and less consumer choice. And there is no guarantee that the deals will work out for investors in the long run. None of that is slowing the pace of mammoth acquisitions.

Shell's $82 billion purchase of gas company BG Group is the biggest deal announced so far this year. The combination will boost Shell's oil and gas reserves by 25 percent and give it a bigger presence in the fast-growing liquefied natural gas market. In the U.S., the biggest deal announced is Charter Communications' bid for Time Warner Cable, part of a broader consolidation among cable and media companies as technology and costs shake up the industries. The deal is valued at

The burst of deals has come against a backdrop of ultra-low interest rates that have reduced the cost of financing transactions for acquirers. The Federal Reserve has kept its benchmark interest rate close to zero for more than six years, making it easier for corporations to borrow cheaply in the bond market.

Even if the Fed increases rates later this year, as many economists expect, the enthusiasm for deals will remain, says Bill Wolfe, a senior vice president at Moody's Investors Service. "Even with an increase, rates are still going to be relatively low," Wolfe said. Another reason that deal-making is likely to stay robust is that modest economic growth in the U.S. continues to make it difficult for companies to boost profits on their own.

That's a problem for CEOs, because their pay is typically linked to their ability to increase earnings, says Wolfe. As a result, senior executives have an incentive to do deals and keep their companies growing. But that can hurt rank-and-file employees who lose their jobs, particularly if a deal involves companies in the same business.

When H.J. Heinz Co., the food company owned by Warren Buffett and Brazilian investment firm 3G Capital, announced its $45 billion acquisition of Kraft Foods in March, it made no specific mention of job cuts. Yet, the companies did say that the deal would generate $1.5 billion in annual savings, coming, in part, from "cost reductions." "There are a lot of reasons why a larger organization may be more efficient, but there can be a cost to society," said James Angel, associate professor of finance at the McDonough School of Business at Georgetown University. "Efficiency sounds great to the CEO or the shareholders, but if you're the guy who gets the pink slip, that's pretty painful."

For investors, too, deals aren't a sure thing. Company cultures can clash and the most talented employees might become unsettled and leave. Ultimately, if the distractions are protracted enough it will hurt the bottom line.

One of the biggest flops was AOL's $166 billion takeover of Time Warner, a much-heralded deal announced in 2000. Soon after the merger, AOL's subscription revenues plunged as broadband connections replaced its dial-up services. That forced Time Warner to absorb billions of dollars in charges to account for the diminishing value of the combined company. Time Warner ended up spinning off AOL in May 2009, nine years after the tie-up.
Last Update: Jul 03, 2015 9:49 pm
RELATED TOPICS