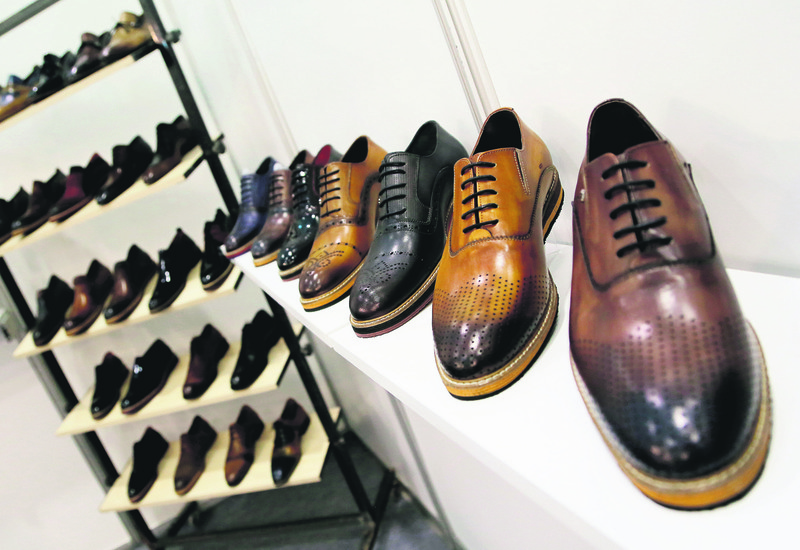 by Daily Sabah with AA Jul 06, 2015 12:00 am
Additional tax on footwear imports have started to pay off, with a 52 percent drop in footwear imports in May compared to the previous month. President of the Footwear Industrialists Association of Turkey Hüseyin Çetin said the additional tax, which was imposed in August, weakened the competitiveness of the imported footwear by decreasing the price advantage of the foreign producers.

In a written statement, Çetin emphasized that even though Turkey is one of the biggest footwear producing countries in the world with a production capacity of 500 million pairs per year, Turkey's imports outweigh its exports as last year's footwear imports totalled $954 million while exports totalled $720 million. The additional tax shifted the balance in the exporters' favor.

Claiming that the imposing of the additional tax was the right decision for supporting domestic producers, Çetin said the footwear imports in the first five months of this year have seen a 17 percent drop compared to last year, dropping from $435 million to $361 million.

The footwear imports dropped from $78.8 million in April to $38.2 million in May. Meanwhile export numbers were $57.6 million in May, surpassing imports for the first time in a long time. Compared to the same month of the previous year, 2015's May imports were 29 percent lower. However, due to the uncertainties in the global markets, a decline in footwear exports has been seen in the first two quarters of the year. The footwear export in the first six months of the year, which amounted to $409 million for 2014, dropped 8 percent to $378 million in 2015.

The top three footwear exporters in the first half of the year were Iraq ($61.9 million), Russia ($38.5 million) and Germany ($19.8 million). Çetin remarked that Iraq has seen a 4.5 percent increase in their footwear exports while the exports from Russia and Germany fell by 35 percent and 21 percent respectively.

Turkish footwear producers aim to change the direction of trade between China and Turkey by exporting to China instead of importing from them. The targeted market segment previously preferred Italian products over Turkish products but thanks to Turkish producers' unit cost being 50 percent lower than Italian producers', Turkish products are gaining a competitive advantage. Çetin claimed that the Turkish footwear producers will double their export numbers to China every year by creating a market share in the high income group, which is about 300 million people.
Last Update: Jul 06, 2015 8:05 pm
RELATED TOPICS