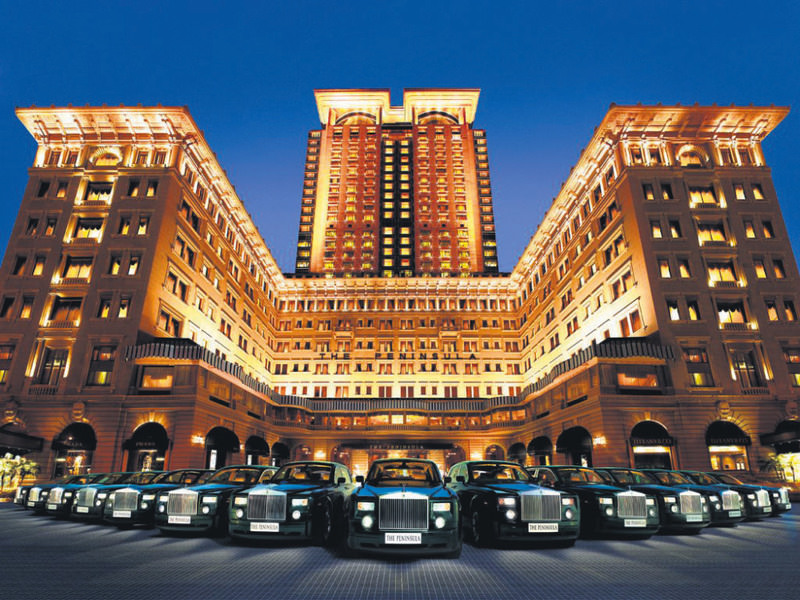 Tensions between Turkey and China did not stop the Hong Kong-based hotel giant from getting involved in Turkey's tourism potential. The 300-million-euro Salıpazarı project will be based in Istanbul

Another hotel giant from the Far East is entering Turkey, which has witnessed competition among Asian hotel giants after European and American tourism companies entered the country. Hong Kong-based Peninsula Hotels, which is one of the long-established hotel chains of Asia, is to conduct a luxury project in Istanbul's Salıpazarı Cruise Port. In a statement to the Hong Kong stock exchange, Peninsula Hotels said its first project in Turkey will cost 300 million euros. Peninsula will have a 50 percent stake in the project, and the remainder stakes will belong to Doğuş Group CEO Ferit Şahenk and BG Capital CEO Serdar Bilgili. The details regarding the remaining 50 percent share of the Turkish partners were not disclosed.

Commenting on the investment that followed the recent political tension between China and Turkey, Peninsula Hotels CEO Clement Kwok Kin Man said political tensions are worrisome for investments, but the recent tension with Turkey has mostly been relegated to the past one-week period. He also said the political tension does not affect them, adding that they want to remain in Turkey in the long-term because of its great tourism potential. "Turkey hosted 42 million tourists last year; this political situation did not affect our decision," he said.

Founded in 1866, Peninsula Hotels is one of the oldest hotel management companies in Asia. The company, which opened its first hotel, the Peninsula Hong Kong, in 1928, operates on three different continents today. Peninsula draws attention with its ultra-luxury quality and is known as a company that has the highest number of Rolls-Royce cars under one roof in the world. The company began operating in the U.S. in 1988, and Peninsula also has hotels in the Philippines, Thailand, Japan, France and England.

The Salıpazarı Project, which is commonly known as Galataport, was tendered in 2013. Doğuş Holding won the tender with the highest offer of $702 million and a commitment to undertake the operation for 30 years. The budget of the project was $1.1 billion, including investments at first, but it rose to $1.5 billion with the environmental impact assessment report. Bilgili, who had cooperated with the Doğuş Group in many fields before, joined the project and took a 19 percent share. The contract, which was originally won in 2005 for $4.3 billion for 49 years by a consortium including Sami Ofer and his Turkish partner Mehmet Kutman, was canceled by the courts in 2006.

Asian hotel giants are strengthening their existence in Turkey with the participation of Peninsula. After Singapore-based Raffles and Aman Resorts, Chinese Mandarin, Hong Kong-based Shangri-La and Japanese Okura opened hotels in Turkey, Hong Kong's Swiss-Belhotel announced that it had also begun preparations. Ascott Limited, a subsidiary of CapitaLand, which is owned by the Singapore-based real estate company Temasek Holding, announced in recent weeks that it would also invest in Turkey.
Last Update: Jul 08, 2015 10:23 pm
RELATED TOPICS