US cruise company announces go-ahead for trips to Cuba 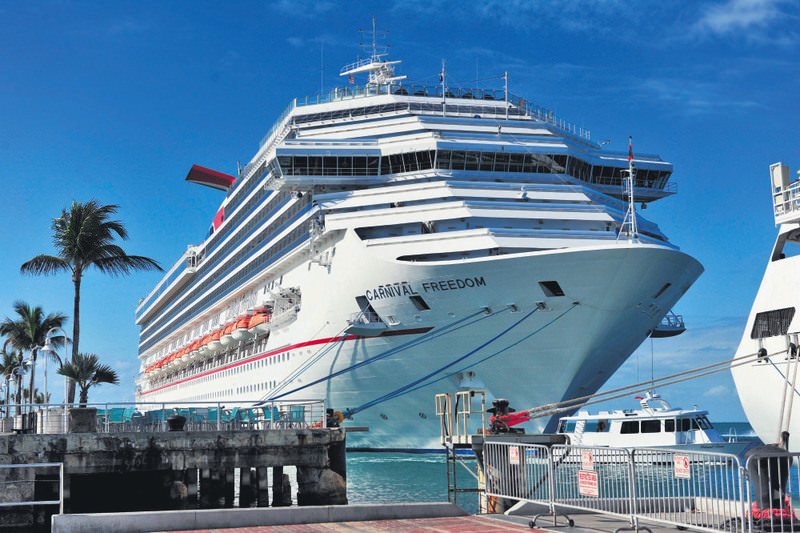 The world's largest cruise shipping company, Carnival Corp, said it has received approval from the U.S. government to offer trips to Cuba from Miami. The trips could start early next year

Carnival Corp (CCL.N) has won U.S. approval to operate culturally-themed cruises to Cuba and plans to start taking travelers there next May, joining a growing list of maritime companies hoping to profit from a thaw in relations between Washington and Havana.

The United States and Cuba have been working for months to improve relations after more than five decades of animosity that led to a trade embargo against the communist-led country. The countries formally agreed last week to restore diplomatic relations on July 20.

Miami-based Carnival, the world's largest cruise operator, said it was still in talks with Cuba for approval to start specialized humanitarian and cultural visits there that fall within U.S. embargo guidelines.

Americans are still banned from going to Cuba as tourists but are allowed to go for a dozen approved motives such as visiting family or participating in academic, professional, religious or educational programs. Despite the ongoing restrictions, the news was welcomed by the travel industry.

"A lot of Americans want to visit Cuba and this is one of the first real mass ways to get to Cuba," said Brad Tolkin, chief executive of World Travel Holdings, a major booker of cruises. Cuba currently doesn't have the infrastructure to handle an influx of American visitors so docking at a port would alleviate pressure on hotel accommodations, he added. Carnival is the first major U.S.-based cruise ship company to venture into Cuban waters. Two other Miami-based companies, Royal Caribbean Cruises Ltd (RCL.N) and Norwegian Cruise Line Holdings Ltd (NCLH.O), have expressed interest but say the U.S. embargo remains an obstacle.

Frank Del Rio, the Cuban-born president and chief executive officer of Norwegian, said Carnival's move took the island one step closer toward an overall easing of leisure travel "I extend my congratulations and best wishes to Carnival for pioneering this critical first step," he said, adding he hoped it would help ease U.S. leisure travel restrictions on Cuba. Swiss company MSC Cruises last week became the first cruise line to base a ship in Cuba, announcing that the 2,120-passenger MSC Opera will take up winter residence in Havana from December to April, in partnership with a Cuban state-owned travel firm.

In May, the U.S. Treasury Department approved several licenses for passenger ferry services between the United States and Cuba. Such services were cut off in the 1960s, following the Cuban revolution that brought Fidel Castro to power.

Carnival said its cruise license was approved by the Treasury Department and the U.S. Department of Commerce and would be launched in May under its new "fathom" brand, set up last month to run cruises with humanitarian and cultural themes to the Dominican Republic.

Carnival will use the 710-passenger vessel, the MV Adonia, for its Cuba cruises, on the small side for the company, whose ships typically carry 2,000 to 3,000 people.

Carnival said the cruises would focus on education, the environment and economic development and feature Spanish lessons and workshops on the country's heritage. There will be no casinos or stage shows.

The Cuba cruises will start at $2,990 per person excluding taxes and other fees. They will be more expensive than typical regional cruises because of visa costs, paperwork, and the fact that the U.S. rules require passengers on cruises to Cuba to spend at least eight hours a day on the ground and participating in academic, professional, religious or educational programs.