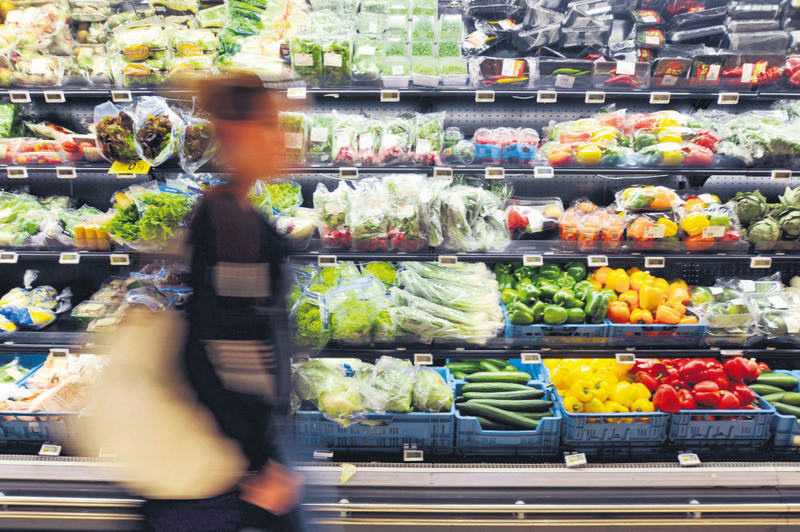 by Jul 09, 2015 12:00 am
Global food prices fell in June, continuing an almost uninterrupted slide since April 2014, led by falling dairy and sugar prices, the United Nations food agency said on Thursday. The Food and Agriculture Organization's (FAO) food price index, which measures monthly changes for a basket of cereals, oilseeds, dairy, meat and sugar, averaged 165.1 points in June, down 1.5 points or 0.9 percent from May. June's reading was the lowest on the index since September 2009. High global production, a strong U.S. dollar and cheaper crude oil have helped cap food prices over the past year and the index has been declining for more than a year, punctuated by a brief stabilisation in October. World cereal production is set to be "good" in 2015, FAO said, forecasting overall output at 2.527 billion tons, fractionally above a forecast made in May, but still 1.1 percent below last year's record harvest. FAO senior economist Concepcion Calpe said the supply situation was "very comfortable", but serious financial instability in parts of the world could cause future price movements.

"There is a lot of uncertainty today. You have the crisis in China, the crisis in Greece ... we are in a more uncertain environment if we compare with previous months," Calpe said. "Uncertainty can make prices move either way, especially if they come from beyond fundamentals," she said. While sugar and milk prices fell sharply in June, cereals and oils prices firmed and meat prices remained stable. Maize crops in Europe and South America are set to be larger than previously expected, thanks to better weather conditions, boosting the overall outlook for coarse grains production. "Favorable worldwide conditions for cereal crops will lead to better-than-expected production this growing season at the global level, despite continuing apprehension over El Nino," FAO said in a statement.