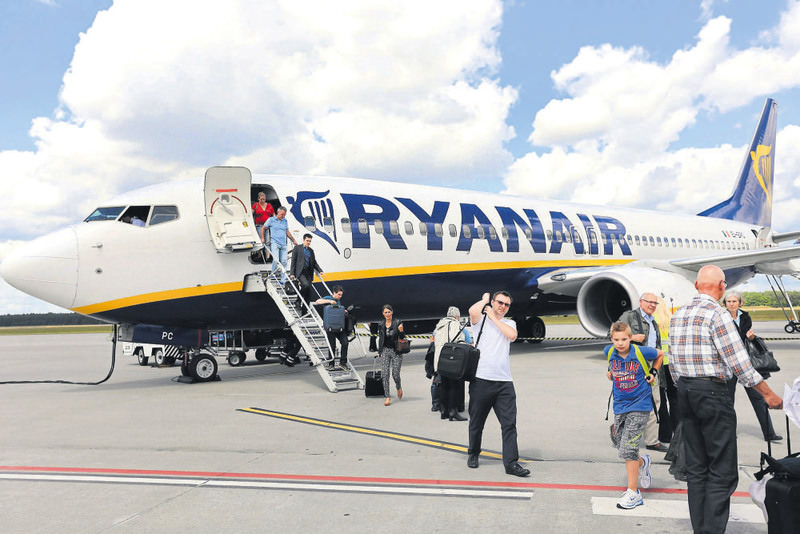 Ryanair confirmed that it will shift its Copenhagen staffing to Lithuania next week in response to planned industrial action by Danish trade unions over working conditions
by Associated Press Jul 10, 2015 12:00 am

Ryanair has agreed to sell its shares in Irish rival Aer Lingus to IAG, putting the British Airways parent solidly on course to acquire the former Irish national airline. Ryanair Chief Executive Michael O'Leary said Friday that the budget airline's board has voted unanimously to sell its nearly 30 percent stake in Aer Lingus, formally ending Ryanair's own nine-year effort to seize its Dublin-based competitor. British and European competition authorities had repeatedly blocked Ryanair's effort and ordered Ryanair to divest itself, but O'Leary still was fighting those rulings in various courts.

O'Leary called the IAG offer "a reasonable one in the current market" that would allow Ryanair, Europe's fastest-growing airline, to record "a small profit."

International Airlines Group unveiled its 1.3 billion euro ($1.45 billion) takeover bid for Aer Lingus in January. The bid now has won acceptance from all three key investors: top shareholder Ryanair; Aer Lingus' own board; and the Irish government, which retained a 25 percent stake when it privatized the airline in 2006.

IAG, which also owns Spain's Iberia airline, had made its takeover bid conditional on acceptance by Ryanair. It offered no immediate reaction to Ryanair's decision.

Grass-roots shareholders are expected to back the offer at a Dublin extraordinary general meeting Thursday. The deal still requires approval by European Union competition regulators.

IAG is set to gain European Union antitrust approval for bid for Irish carrier Aer Lingus after improving concessions to ease competition worries, a person familiar with the matter said on Friday. "The concessions include giving up some airport slots in London and special prorate agreements with rivals," the source said.

IAG already has agreed to a package of concessions to Irish interests to win support from the government. These include giving the government an indefinite right to veto the sale of Aer Lingus' strategic landing slots at London's Heathrow Airport and a guarantee that those slots will be used to operate Irish routes for at least the next seven years.