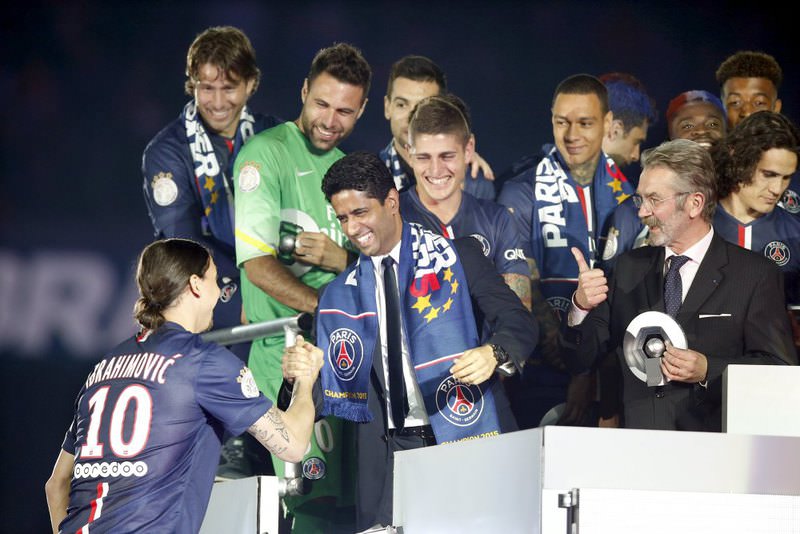 The red hot transfer window is proceeding at full speed as Zlatan Ibrahimović is linked with a move to Galatasaray SK, a possibility that electrified football fans all over the country. Ibrahimović is currently under contract at the French-side Paris Saint-Germain (PSG) but the Swedish international has made it clear that he wants out this summer. European sports media has linked Ibrahimović with European giants such as Barclays Premier League champions Chelsea, star-studded Bundesliga champions Bayern Munich and his previous club AC Milan, but there has been no solid steps taken to sign the star player. Lately, Ibrahimović's name has been buzzing all over Turkish sports media as the Galatasaray fan base is expecting a big name signing from their club after their rivals Fenerbahçe completed the transfers of Robin van Persie and Nani. Ibrahimović has a year left in his contract at PSG, which means that the 33-year-old forward may be able to force a move out. Even though a lot of major clubs will compete for Ibrahimović's services, Galatasaray has a good chance of landing the superstar.

In the previous days, it was confirmed that Qatar's beIN Media Group purchased Digiturk, the Turkish satellite provider that owns the broadcasting rights of the top Turkish football division, the Spor Toto Super League, until 2017. BeIN Media Group Chairman and CEO Nasser Al-Khelaifi is also the current president of Paris Saint-Germain. After the Paris-side was purchased by the Qatar Sports Investments fund, PSG became relevant after a long stretch of mediocrity. Following the acquisition of Digiturk, beIN Media Group announced that they are excited about the potential of the Turkish market. It seems Al-Khelaifi is ready to capitalize the potential right away by boosting the viewership of the Turkish football league. Al-Khelaifi is expected to let Ibrahimović's go as long as it is a move to Galatasaray. Such a move will surely help the Turkish football league become a bigger brand in the football world and it would be a good sports management decision, as PSG would not lose their superstar player to one of the other Champions Cup contenders in Europe.

It is believed that Ibrahimović's transfer fee would not be a problem for Galatasaray since Al-Khelaifi might let his player sign with the Turkish side for free. In such a case, it would be up to Galatasaray to convince the 33-year-old who earns $342,819 a week after tax. Galatasaray expects to be able to fund the transfer with the boost in seasonal ticket and merchandise sales.

In the recent years, Galatasaray has managed to turn heads with the signings of Wesley Sneijder and Didier Drogba, as well as qualifying back-to-back from the group stage of the top European competition, the European Champions League. This summer, Fenerbahçe promoted the Turkish league to the football world by strengthening their squad with some of the biggest signings of the transfer window. With the new regulations in Turkish football, the foreign player limit will no longer haunt Turkish clubs. The marquee matchup of Galatasaray and Fenerbahçe has always been the highlight of the Turkish football league, and the rivalry between these two teams has tremendously contributed to the brand value of the Turkish league.
Last Update: Jul 16, 2015 11:28 pm
RELATED TOPICS