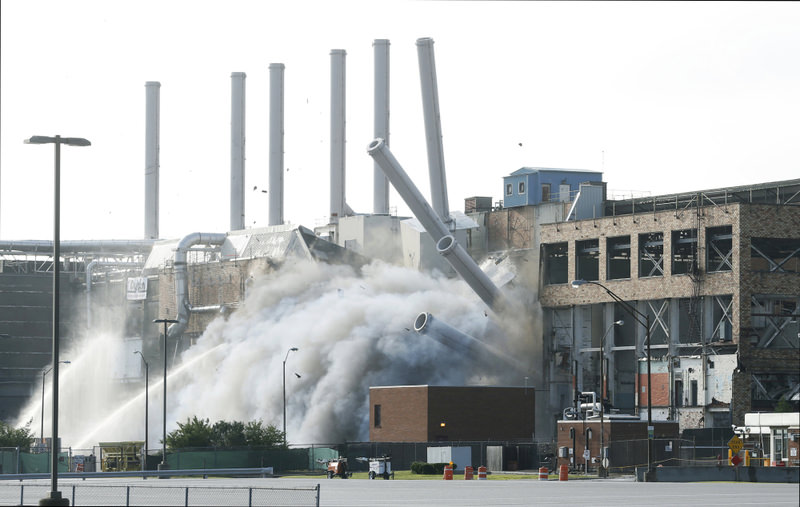 by Associated Press Jul 19, 2015 12:00 am
The chemical know-how and machines that spooled out countless miles of film are being eyed for medical marijuana and solar cells, while the private rail line now carries tomatoes alongside coal as photography pioneer Kodak, its bankruptcy behind it, embraces a new role: startup landlord.

The 127-year-old company had buildings and infrastructure to rival a small city when digital photography bumped its familiar yellow boxes from tourists' camera bags and took over much of Hollywood.

But rather than selling off its sprawling, 2-square-mile (5.18-square kilometer) Kodak Park campus, the company has become landlord to 58 diverse companies and counting that have been courted with the promise of plentiful utilities, its own railroad and unique access to Kodak's specialty technical and industrial capabilities. "There's tremendous value in being able to repurpose the assets that exist here," said Michael Alt, the retiring director of the renamed Eastman Business Park. For example, tenant Natcore Technology can tap Kodak's film-coating capability in its development of solar cells, and LiDestri Food & Beverage uses Kodak's short-line railroad, which brings coal to the on-site power plant, to haul the tomatoes it processes into pasta sauces and salsa. Two medical marijuana companies want to put pharmaceutical-grade dispensaries in vacant buildings on the site if New York awards them licenses later this summer. No one expects the site to again reach its 30,000-worker peak, but estimates for 10,000 to 11,000 employees in a few years are seen as realistic. About 6,000 people now work there, roughly 1,200 of them Kodak employees. Alt pitches the site's 125-megawatt power plant capacity enough to serve the equivalent of 100,000 homes its own water purification plant, waste water treatment facility, fire department and chemical and testing labs as amenities that let startup companies target investment toward their specific needs and get to market more quickly. With the 20-month Chapter 11 bankruptcy nearly two years in its past, companies scared off by Kodak's uncertain future have found reassurance. New York state has so far committed $100 million to efforts to re-invent the park to a multi-tenant, multi-use site. About half of that funds an environmental trust created last year to clean up and monitor damage to the land and Genesee River from more than a century of film-making.
Last Update: Jul 19, 2015 10:00 pm
RELATED TOPICS