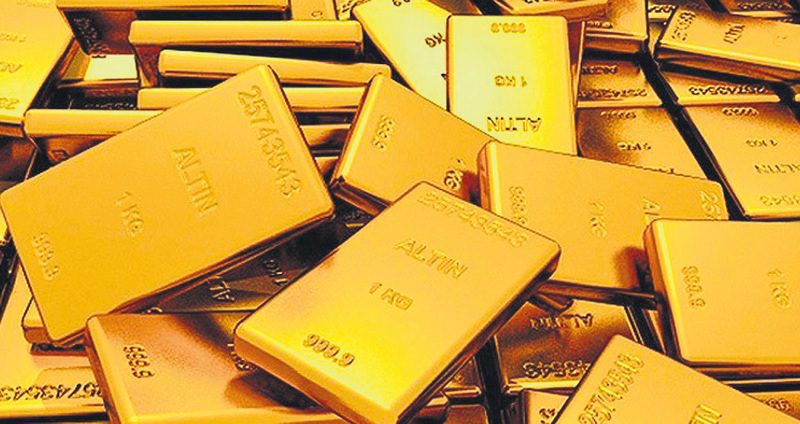 by Şeyma Eraz Jul 21, 2015 12:00 am
Gold plummeted to the lowest level in five-and-a-half years on Monday, as the Chinese effect added to the rising expectations of a possible interest rate hike in the U.S. The price of gold decreased 4 percent after sellers in top consumer China sold off the metal in minutes. While volumes increased to record levels after the Shanghai Gold Exchange opened trading, bullion fell to as low as $1,088.05 an ounce, the lowest level since March 2010. Gold bounced back above the $1,100 support level after sales slowed down. The trade volume on the Shanghai Gold Exchange, which was 27,000 lots on Friday and 30,000 lots on average in July, soared to more than 1 million lots yesterday.

Meanwhile, the dollar surged to three-month highs yesterday, extending its recent gains as a result of statements made by the Federal Reserve, the central bank of the U.S., indicating the first interest rate hike in the last 10 years may occur before 2015 ends.

Speaking to Daily Sabah, economist Taha Meli Arvas stated that the recent collapse in gold prices could be attributed to the Fed's impending rate hike that Janet Yellen mentioned again last week. "I doubt it will come at the next Fed meeting in September but perhaps by the end of the year we might get one," said Arvas. However, the Fed is not the only reason for the recent decline in gold prices according to analysts. Commodity traders dumped gold on expectations of continued strength in the U.S. dollar and the potential for a rate increase. "Simultaneously, Greece's woes appear to have been solved and the Iran deal looks like it might go forward, both developments that are risk-on in nature. All of these contributing factors pushed investors out of the safe haven that is gold and moved them into more productive asset classes. Gold, denominated in Euros and other foreign currencies, including the Turkish lira, is actually up double-digits globally, so a drop in gold is really only a USD specific event, as the dollar has gained more than the precious metal has lost," commented Arvas.

On the other hand, China declared its gold reserves yesterday after six years. China's official gold reserves have increased by almost 60 percent since 2009. The central People's Bank of China (PBoC) stated that bullion holdings reached 1,658 tons as of the end of June from 1,054 tons in April 2009, the last time an official figure was released. China stands as the world's largest yellow metal producer.
RELATED TOPICS