Lockheed Martin to buy Sikorsky Aircraft for $9B 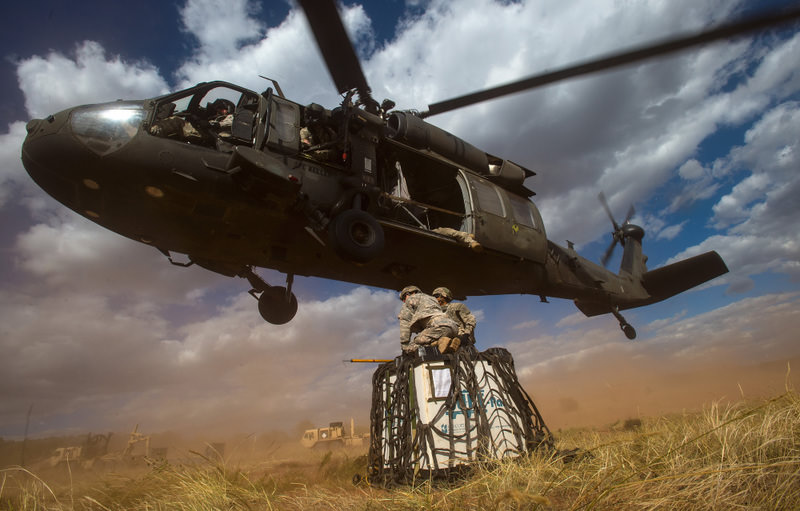 by Associated Press
Jul 22, 2015 12:00 am
Lockheed Martin will acquire Black Hawk helicopter maker Sikorsky Aircraft for $9 billion as it seeks greater access to the military and commercial helicopter market. United Technologies Corp. said in June it planned to shed Sikorsky so that the aerospace and building systems conglomerate could better focus on high-technology systems for both of those industries. Lockheed will add the world's largest builder of military helicopters to its arsenal. "One of the key elements of our strategic planning is to secure and extend our core defense business and we feel confident that the addition of Sikorksy will contribute significantly to the growth objective," Lockheed Martin CEO Marillyn Hewson said during a conference call.

Sikorsky also makes presidential helicopters and its aircraft have returned astronauts home after they splashed down in the Pacific Ocean at the end of their space travels. Lockheed Martin plans to add Sikorsky to its mission systems and training unit. The Bethesda, Maryland, defense contractor expects to fund the acquisition with cash on hand and new debt issuances. Even though the company is a leader in the industry, Lockheed can improve Sikorsky, particularly on contracting, cash flow and in reviewing the international security needs of customers, said Chief Financial Officer Bruce Tanner. "We think it fits well into our portfolio and this is what we do," Tanner said.

Lockheed Martin is now reviewing its options for its government information technology and technical services businesses, primarily in the Information Systems & Global Solutions business segment, and a portion of the Missiles and Fire Control business segment. They represent about $6 billion in estimated 2015 annual sales. United Technologies, based in Hartford, Connecticut, said it will use proceeds from the sale to buy back company stock. Cowen and Co. analyst Cai von Rumohr wrote that the proposed sale may be a "longer term strategic plus" for United Technologies would it to boost its position in aerospace systems where it could cut costs.

There is the potential, however for a close review of the deal by the Defense Department, von Rumohr said. It is a natural fit for Lockheed Martin Corp., which is already the primary mission systems provider for Sikorsky's MH-60 Naval Hawk, Canadian Maritime Helicopter, Combat Rescue Helicopter and presidential helicopter, von Rumohr said. The deal is targeted to close by the end of the year or in the first quarter of 2016.

There have been sale rumors for more than a year as the military business fell with the U.S. exiting Afghanistan and reducing its presence in Iraq. Sikorsky, which is also used by major energy companies to ferry workers to and from deep-water oil platforms and other facilities, has also come under strain with the price of oil plunging this year.

Hewson sees a recovery in energy prices and predicted that Sikorksy will add additional value with any rebound.

United Technologies announced in March it was looking into whether spinning off Sikorsky would allow the company better focus on "providing high-technology systems and services to the aerospace and building industries." Sikorsky accounted for $7.45 billion of United Technologies' $65.1 billion in revenue last year.
Last Update: Jul 22, 2015 1:12 am