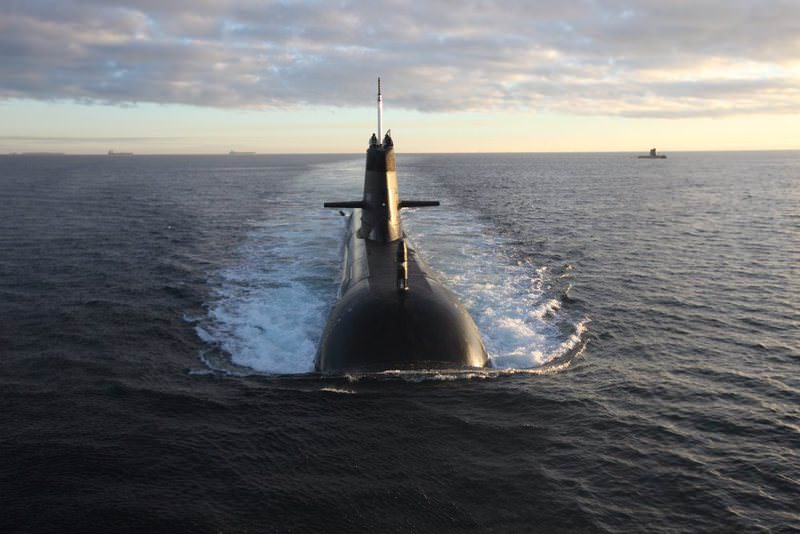 While the Australian government may partner with Japan for the new submarines, a Japanese team is in talks with two top British firms to help a consortium land one of the world's most lucrative defence contracts

A Japanese government team is in talks with at least two top British firms to help a Japanese consortium land one of the world's most lucrative defense contracts, sources in Tokyo said, a $50 billion project to build submarines for Australia. Germany's ThyssenKrupp (TKMS), a rival bidder, is wooing anxious members of Prime Minister Tony Abbott's ruling Liberal Party with the economic and political benefits of its proposal. Two Japanese government officials and a company source in Tokyo said Babcock International Group and BAE Systems had approached the consortium of Mitsubishi Heavy Industries and Kawasaki Heavy Industries with offers of help. Other British defence contractors may also be involved, they said.

Both Babcock and BAE declined to say whether they would work with the consortium, the builders of Japan's 4,000-ton Soryu diesel-electric submarine, on the Australian project. A spokesman for Japan's defence ministry said the Japanese bidders were responding to Australia's desire to have as much local participation as possible in the project.

"With Mitsubishi Heavy taking the lead, we are gathering information from both Japanese and foreign companies in regard to Australian industry but we are unable to disclose any specific names," the spokesman said. Both Babcock and BAE Systems are well established in Australia. Industry sources in Europe said any decision by Babcock to work with the Japanese bid could unsettle TKMS and France's state-controlled naval contractor DCNS, which is also in the fray for the submarine contract. Babcock does maintenance work on Australia's Collins-class submarines, including the torpedo tubes and other parts of its weapons system.

BAE Systems, which builds the U.K.'s nuclear submarines, employs 4,500 people in Australia. It's biggest project there is the construction of Australia's two new 27,000-ton Canberra-class amphibious assault ships, the largest ships ever to be operated by the Royal Australian Navy.

"Japan is arguably ahead of the Germans and French in regard to its technology but lags in terms of doing business in Australia and organizing an industrial package there," one of the sources in Japan said.

Japan may also seek cooperation from Saab by tapping the engineers at the Swedish company who built and still help maintain the Collins-class submarine fleet, the sources said. Parliamentary colleagues of Abbott have told Reuters that the fear of a serious blowback from failing to choose the winner of the contract wisely is one of the most hotly debated topics within the ruling party. The bidders were well aware of this, they said.

According to a company document seen by Reuters, the German bidder TKMS will train local contractors using advanced German manufacturing and production technology and help establish Australia as a naval shipbuilding and repair hub in the Asia-Pacific region. The document is to be shared privately with Australian government ministers as part of the proposal.

That is an attractive proposition for a country still reeling from the decision by Ford Motor Co, Toyota Motor Corp and General Motors Co to halt local production in 2016. Two TKMS executives told Reuters in an interview on Tuesday that the Australian government would struggle politically to turn down the economic incentives built into their proposal. "There's an awful lot of politicians across the board ... that will not be very politically happy if this A$50 billion life cost sophisticated programme goes to solve Japan's deficit problem," TKMS Australia Chairman John White told Reuters.

Senator Sean Edwards - chairman of the economics committee in the upper house of Australia's parliament - said that no government could say yes to any proposal that did not offer significant economic benefits for Australia.

"I think it's compelling (to build the submarines in Australia). And I think this is a problem for Japan," Edwards told Reuters. earlier. Each of the bidders have been asked to provide three estimates; one for construction overseas, one for a partial assembly in Australia and one for a full build in an Australian shipyard. A recommendation is likely in November.