Pearson in talks to sell the stake in Economist 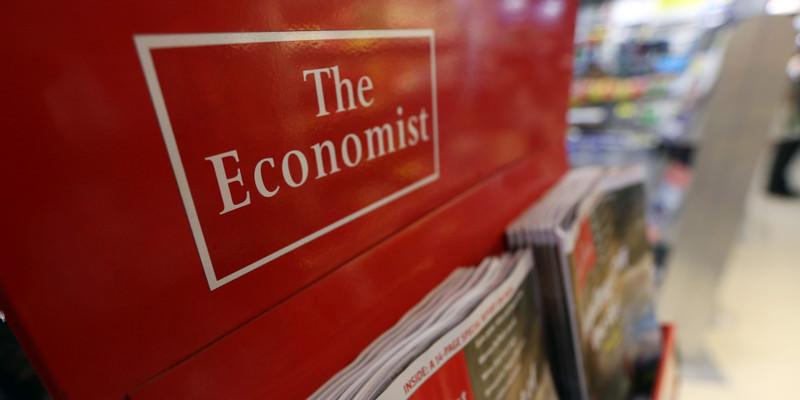 by Jul 27, 2015 12:00 am
British publishing company Pearson said Saturday it was in talks to sell its 50-percent stake in The Economist Group, the owner of the prestigious magazine of the same name. "Pearson confirms it is in discussions with The Economist Group Board and trustees regarding the potential sale of our 50 percent share in the Group," a Pearson spokesman said.

The announcement comes just two days after Pearson agreed to sell The Financial Times to Japanese media group Nikkei for 844 million pounds ($1.3 billion), saying that it wanted to focus solely on the education publishing sector which accounts for most of its business.

Investment company Exor, controlled by the Italian Agnelli family, which founded Fiat and owns the Juventus football club, said in a statement that it was "in discussion" to increase its five percent holding in The Economist Group but that any stake would remain below 50 percent.

"Were it to proceed, Exor's increased investment would in any event represent a minority shareholding ... reflecting Exor's strong commitment to the editorial independence that lies at the heart of The Economist's ethos and success," the statement said.

The Financial Times cited people familiar with the matter saying The Economist Group stake was valued at 400 million pounds, and reported one source to say an agreement was not imminent but expected over the summer.

It said the discussions were with other shareholders in The Economist, which include the Schroder, Cadbury and Rothschild families, and reported one source saying an agreement was not imminent but was expected over the summer.

Together with some former and current Economist employees, the other shareholders, which include the Schroder, Cadbury and Rothschild families, can appoint seven of the 13 members of the group's board. The Economist Group includes The Economist magazine, the Economist Intelligence Unit research company and the U.S. legislative information provider, CQ Roll Call. Any deal has to be approved by the trustees of The Economist Group, whose role is to preserve the magazine's editorial independence.
Last Update: Jul 27, 2015 2:03 am
RELATED TOPICS