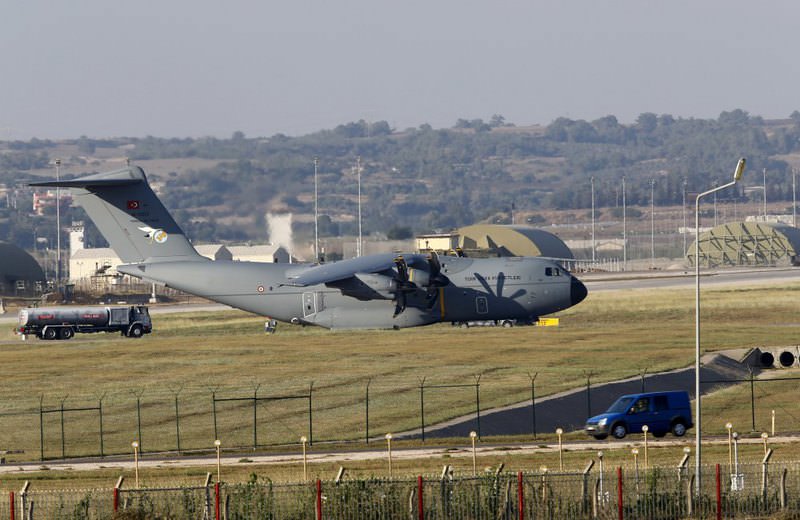 Airbus announced it cannot deliver all of its high-tech defences according to the plan. Ankara is negotiating with other A400M buyers to see whether it can acquire replacement aircraft by swapping deliveries

Airbus Group has told buyer nations of the A400M transporter aircraft that it cannot deliver all of its high-tech defences according to plan, casting a shadow over some of its military uses as Europe battles growing instability on its borders. The troop and cargo lifter was developed at a cost of 20 billion euros ($22 billion) for seven European NATO nations and is already in service with French forces in Mali. Other core buyers include Belgium, Britain, Germany, Luxembourg, Spain and Turkey. Malaysia is so far the only export customer.

Some of the state-of-the-art systems designed to warn of threats such as missiles or hostile radar are more difficult than expected to develop, handing buyers a choice between taking planes or waiting for upgrades, European defence sources said. But after years of political disputes and technical problems, a new military-aircraft management at Airbus Group is working flat out to rebuild trust worn down by delays and overruns that are typical of large defence projects.

An internal audit and regular updates appear to be paying off, people close to the talks said, with fewer visible signs of tensions that have led to costly stand-offs in the past. A new setback came with the fatal crash of a plane being prepared for delivery to Turkey in May. Investigators are looking into a possible accidental data wipe.

Ankara is negotiating with other A400M buyers to see whether it could get a replacement aircraft by swapping deliveries as it steps up its military role in the region, defence sources said. Although production is back to normal, a clampdown on some testing after the crash led to new development delays of up to three months, erasing the remaining "buffer," they said.

Even though the destroyed plane was insured, some analysts expect Airbus to take a further modest provision on the A400M with its results on Friday, adding to 4.76 billion euros of charges already generated by Europe's biggest defence project.

A senior executive told Reuters in comments published this week that Airbus was confident of meeting the upper end of its revised production goal of 13 to 17 planes this year, following

the accident, but declined further comment. The group appears certain it can deliver 13 of those planes, leaving 10 to deliver for the rest of the year. The remaining four are the subject of negotiations over how many customised features should be slotted in and when, with France, Germany and Britain seen at the centre of the debate. Airbus met buyer nations this week and several weeks of negotiations lie ahead, sources in two capitals said.

Although some of the plane's advanced defences will be later than planned, European defence sources say buyers have been assured it can tackle shoulder-held weapons held by non-state actors that are one of the region's pressing threats. One of the A400M's other roles is dropping parachutists.

Free-jumping from the side doors has been approved but dropping paratroopers from both sides at once to speed up penetration of territory has introduced the risk of collision.

Airbus is facilitating trials of various parachutes to try to avoid this, the sources said. Another solution is to space the jumps, but this can expand the drop zone. One analyst said this was not a serious concern and may be resolved in training. Despite the flaws, supporters stress the A400M, which shot to the attention of the public in an action movie premiere last week, remains more sophisticated even than some fighters.

However, Airbus has had to admit to buyers that refuelling helicopters will be 'mission impossible' any time soon, because the shape of the plane subjects choppers to too much turbulence when tethered on their relatively short fuel hoses. France, which views this as crucial for its special forces, is considering buying Lockheed Martin C-130s, one of the planes the A400M was designed to replace, to address this gap. The setback could raise questions over ambitions to export the plane to the United States which uses C-130s to refill Black Hawks, though future research might overcome this - at a cost.