Shire seen having to sweeten $30B offer to win Baxalta 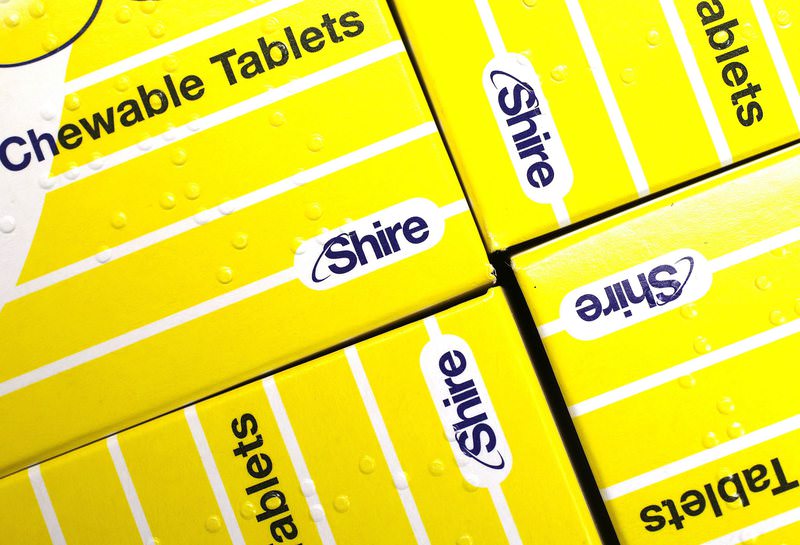 Dublin-based pharmaceutical group Shire had bid $30 billion for just one month-old Baxalta to form a global biotech company, however the offer was soundly rejected by the U.S. biotech company. The transaction could vault Shire into the top 20 global drugmakers by sales

Shire Chief Executive Flemming Ornskov will need to dig deeper in his pocket if he wants to win U.S. biotech company Baxalta. The Danish doctor running the London-listed drugmaker from offices in Massachusetts is not taking the easy option with his $30 billion run at Baxalta.

Rather than selling out at a premium to a bigger drugmaker, as many investors thought Shire might do, Ornskov is embarking on a risky battle to create the world's leading rare diseases specialist. The transaction could vault Shire into the top 20 global drugmakers by sales, but hazards include Baxalta's formidable anti-takeover defences, as well as the risk that new science could upend the haemophilia market, which accounts for over half its revenue.

With a "poison pill" defence against unwanted suitors, a hard-to-replace board featuring staggered directors' terms and a block on shareholders calling special meetings, investors see a negotiated deal as the only realistic way forward.

And that will likely mean sweetening the current unsolicited all-share offer, worth $45.23 a share at Aug. 3 market prices, which Baxalta argued "significantly undervalues" its newly listed business. "You know that they (Shire) will have to increase and you know that any increase has to be substantial," said one fund manager with a stake in Baxalta. "You've also got the potential of somebody else coming in." He believes Shire's next move would have to involve an offer above $50 a share.

"It's not completely clear that that would get it done but it would make it much more achievable. It will be harder for the board to turn around and say that's not fair value," he said. Analysts at Berenberg Bank agree Shire is very likely to increase its offer as it continues to try to engage with Baxalta. Ornskov has declined to comment about tactics.

One person familiar with Shire's thinking noted the current offer was based on public information and having access to Baxalta's books might change the London-listed group's view on valuation.

Ornskov and Shire's chairwoman Susan Kilsby, a former Credit Suisse banker, were clearly aware of the anti-takeover defences before approaching Baxalta, which was only spun off from Baxter International five weeks ago. Their rationale for the deal includes the industrial logic of creating a global leader in rare diseases and, importantly, some big tax benefits that come from Shire's Irish domicile.

But there are risks. While Baxalta's treatments for haemophilia, such as Feiba and Advate, sell for hundreds of thousands of dollars and are immensely profitable, they face challenges on two fronts. Roche is developing a novel monoclonal antibody (mAB) treatment for haemophilia and various companies are also working on gene therapies that promise long-lasting or even one-time cures.

Baxalta itself has a foothold in this emerging space, with its own gene therapy programme, but widespread adoption of the new treatments would undermine its market share.

"The obvious gap in Shire's strategy is the risk of transformative change in the haemophilia market," Bernstein analysts said in a note. "If either the mAb or the gene therapy approaches work as well as the early studies suggest, than this deal would destroy value."