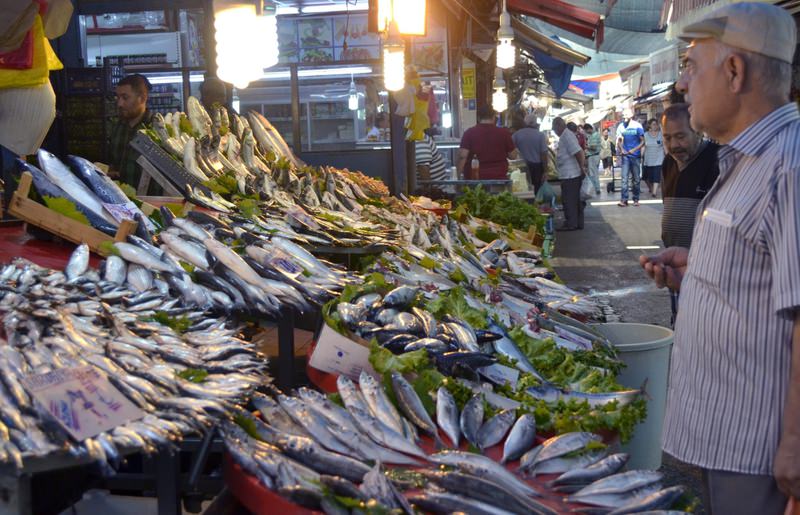 Spain initiated a subsidy investigation into Turkey's fish exports. The exporters association claimed government support was indirect, but called on Ankara to take action before they receive a penalty from the EU

The Turkish fishing industry is facing a new threat since the Spanish Business Association of Marine Aquaculture Producers (APROMAR) began a subsidy investigation against Turkey to stop the country's increasing exports of sea bream and sea bass to Spain.

Turkish fishermen are facing a subsidy investigation in the sea products sector, which is one of the sectors making huge contributions to Turkey's high value-added export target. It was discovered that APROMAR applied to the European Commission (EC) to open a subsidy investigation against Turkey, which increased sea bream exports to Spain by 64 percent and sea bass exports by 32 percent in 2014 compared to the previous year.

Turkey, which has made serious progress in fish production using better cultivation methods for its sea products, managed to increase the production of sea bream and sea bass by 29 percent in 2014 compared to the previous year. In 2014, 60 percent of total sea bream exports were valued at $177 million, and 75 percent of total sea bass exports valued at $240 million were to EU countries. When the top 10 countries to which Turkey exported most were listed, EU countries consistently ranked first. As one of them, Spain imported from Turkey 3,472 kilograms of sea bream valued at $19 million and 2,600 kilograms of sea bass valued at $15 million in 2014.

Istanbul Exporters' Association of Aquaculture and Animal Products Group President Ahmet Tuncay Sagun said APROMAR applied for a subsidy investigation with the EC because of the increasing sea bream and sea bass exports to Spain. He added that Turkey should take action as soon as possible to protect the Turkish fishing sector from possible dangers.

"More than the support given to the sector is taken back by dumping and subsidy penalties practiced by the EU. Exporters have to reflect their losses stemming from the punishments directly to producers. Therefore, we don't expect direct support. If the [Food, Agriculture and Livestock] ministry wants to support producers, it can use an indirect stimulus system, such as a discount on taxes, electricity and insurance," Sagun said. He added that trout exports to Europe decreased to 10 percent because of the penalty system employed by the EU in November, and if the government does not take action quickly, sea bream and sea bass exports will face the same fate. In the trout case, the EC pointed to incentives granted by the Turkish government as an excuse to impose additional taxes on trout products imported from Turkey, the number-one trout exporter in Europe. Sagun emphasized that they would hire a lawyer to defend themselves, but being defended by the government would be more appropriate. Sagun also implored the Food, Agriculture and Livestock Ministry and the Economy Ministry to work in coordination on this matter.

Sagun emphasized that while the sector is taking firm steps towards its 2023 targets, this situation can harm the sector's exports to EU countries. "Turkey normally earns $1.95 per kilogram on average for regular exports, while it earns $5.95 per kilogram for the export of sea bream and sea bass," Sagun said, adding that it could be understood from here how important sea bream and sea bass are in terms of high added-value products. "We are very assertive in Spain, especially for sea bream. They are choosing this route since they cannot compete with us. We left our biggest competitor, Greece, behind. I believe the European countries use Spain as a pawn. They couldn't find any problem in our products in terms of health or quality concerns, so they decided to choose this route," Sagun said.

Highlighting that EU member states such as the Netherlands, Italy, the U.K., Spain and Germany are the largest market for sea bream and sea bass, Sagun stressed: "These investigations, which we will face, and additional import taxes that will be levied on the fishing sector can reduce Turkey's sea product exports to EU countries by tens of millions of dollars. Apart from a serious decrease in exports, they will also cause a loss of prestige for our sector."
RELATED TOPICS