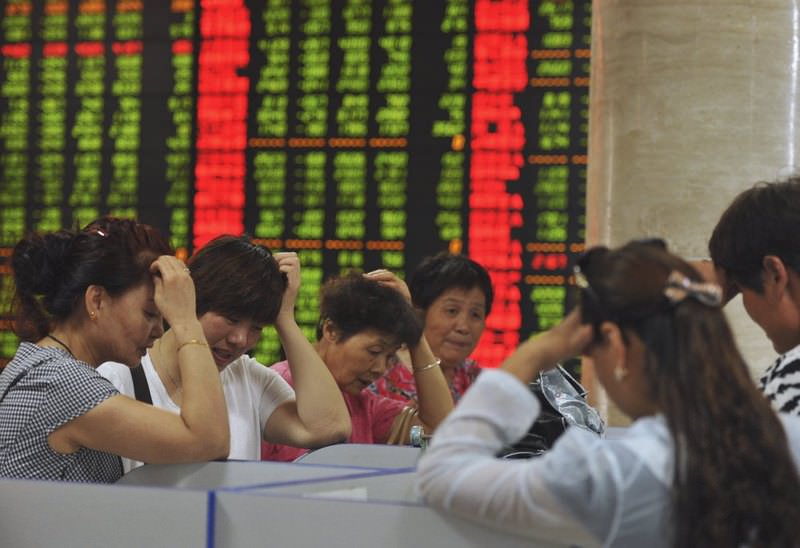 by Aug 10, 2015 12:00 am
The once irresistible allure of the Chinese market to foreign multinationals is losing some of its luster as slowing growth in the world's second-largest economy hits their sales. The latest figures from firms reporting during the current results season in Europe, the United States and Japan paint a picture of overseas firms facing worsening operating conditions in China.

Volkswagen, which has invested heavily in China and has just displaced Toyota as the world's leading car manufacturer, saw sales in the country - which it describes as its "second home market" - fall 3.9 percent in the first half, its first drop in a decade. "We are keeping a very close watch on global macroeconomic trends," Volkswagen CEO Martin Winterkorn said in a statement, "especially where there are uncertainties, such as in the Chinese, Brazilian and Russian markets."

The appeal of nearly 1.4 billion consumers and an economy regularly growing in double digits has brought more than $1.5 trillion of foreign investment to China over the last three decades.

But the economic expansion is slowing - gross domestic product (GDP) grew 7 percent year-on-year in April-June, matching the worst quarterly result since the first three months of 2009 during the global financial crisis. Some investors have long seen China as a high risk destination.

Rising costs for labor and more competitive markets as domestic brands gain stature have troubled foreign companies in recent years, as well as a series of anti-monopoly probes that appeared to target overseas firms. "The industrial competitiveness of Chinese enterprises has improved, making it harder for foreign companies to compete," Li Daxiao, an analyst at Yingda Securities, told Agence France-Presse (AFP). Such challenges have been compounded by the country's slowing economy.

Japan's second-biggest steelmaker, JFE Holdings, lowered its annual profit forecast in late July because of "the economic slowdown in China and the overproduction of steel" in the country, the world's largest consumer of the metal.

In the U.S., industrial giant UTC, the maker of Otis elevators, revised down its earnings forecast for 2015 partly on the back of what it described as "a slowing China." As well as elevators, the firm makes heating and cooling systems for buildings, leaving it exposed to a broad slowdown in the real estate sector, which its CEO Gregory Hayes described as "worse than we had expected."
Last Update: Aug 10, 2015 1:50 am
RELATED TOPICS