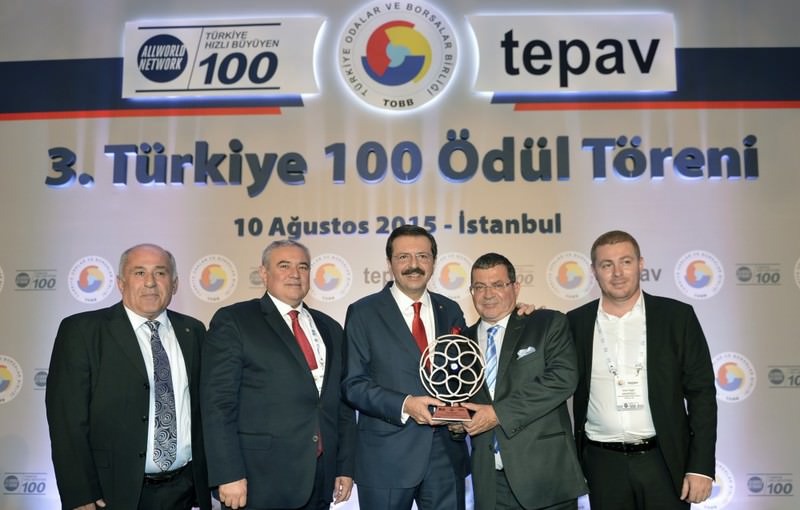 by Daily Sabah Aug 12, 2015 12:00 am
Monday marked the conclusion of the Turkey 100 contest determining Turkey's fastest-growing companies. The contest was launched in cooperation between the Economic Policy Research Foundation of Turkey (TEPAV) and the AllWorld Network under the leadership of the Turkish Union of Chambers and Commodity Exchanges (TOBB). Maren Maraş Elektrik won first place after boosting its sales revenues by 8,754 percent in the 2011-2013 period.

TOBB President Rifat Hisarcıklıoğlu spoke at the opening of the award ceremony, held late on Monday. "We are giving huge importance to this contest and making it into a tradition because each growing company means an investment in Turkey's future," Hisarcıklıoğlu said. Entrepreneurship should be supported and appreciated more in Turkey, Hisarcıklıoğlu stressed, adding that most look for businesses that can ensure money is made at low-risk but this perception has to be changed.

While the winner of the contest was from Kahramanmaraş, Istanbul came first on the list with 45 companies in total. It was followed by Ankara with 12 companies, Kocaeli and İzmir with seven companies each, Kahramanmaraş with five companies and Gaziantep, Konya and Antalya with three companies each.