Emirates' Dubai to Panama City route to be longest 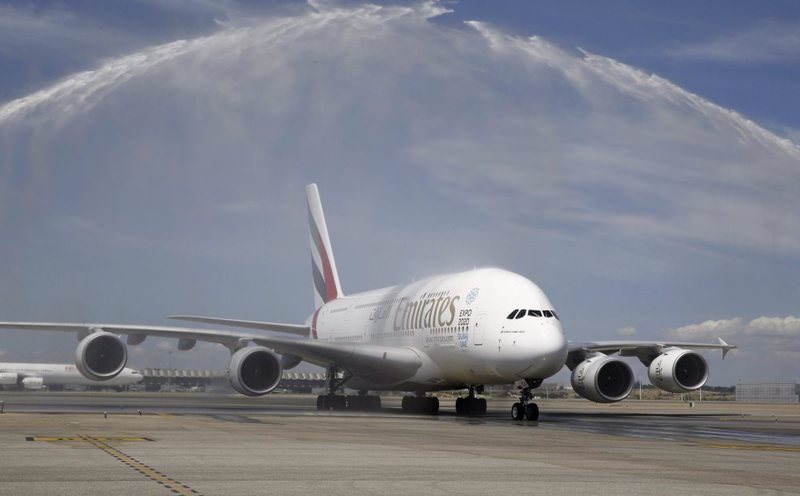 by Associated Press Aug 14, 2015 12:00 am
The Middle East's biggest airline will soon be operating the world's longest commercial flight. Emirates announced plans yesterday to begin daily roundtrip flights between its Dubai hub and Panama City, its first destination in Central America. ıt says the 17 hour, 35 minute flight when heading west will be the longest anywhere. Australia's Qantas currently operates the world's longest flight, from Dallas to Sydney, which takes just under 17 hours. Singapore Airlines previously operated an even longer flight connecting the city-state to Newark, New Jersey, but scrapped it in 2013. Emirates is backed by the government of Dubai and has expanded rapidly by routing international transit passengers and cargo through its hub in the Gulf commercial center. The Panama City flights are scheduled to start Feb. 1.
Last Update: Aug 14, 2015 2:25 am
RELATED TOPICS