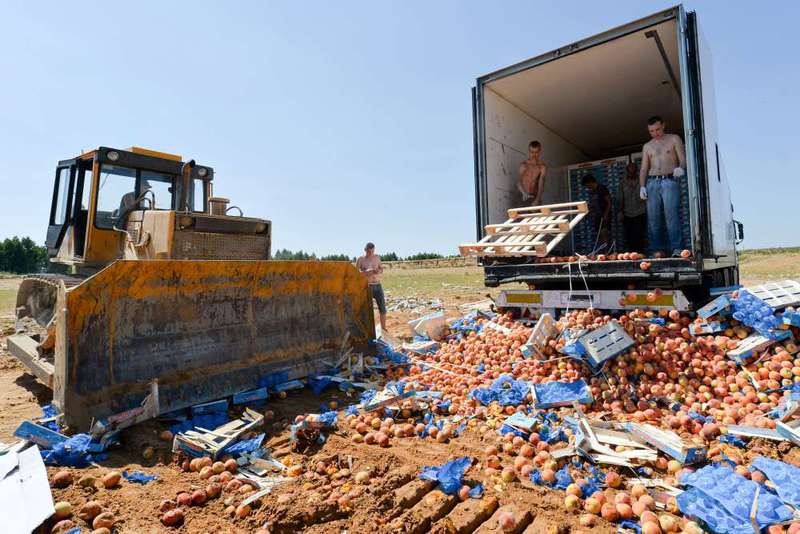 by Aug 14, 2015 12:00 am
Russia has added Albania, Montenegro, Liechtenstein and Iceland to a list of countries from which it has banned most food imports in retaliation for Western sanctions over the Ukraine crisis, Russian Prime Minister Dmitry Medvedev said on Thursday. Russia's counter-sanctions, currently in place until Aug. 5, 2016, previously covered the United States, Canada, Norway, Australia and the 28 member states of the European Union. The ban includes meat, fish, dairy products, fruit and vegetables. However, contrary to expectations, the expanded list did not include Georgia. The former Soviet republic recently declined to support an extension of the Western sanctions against Moscow. Medvedev also told a government meeting that Moscow would only ban certain food imports from Ukraine from 2016 if an economic association agreement between Kiev and the European Union came into force.

"We agreed to give (Ukraine) extra time - until Jan. 1 of next year - for decisions on questions over economic regulation," Medvedev said.

"After this period, if we cannot reach an agreement brokered by the European Union - and I see no signs of that - the earlier approved documents, which set ... a food embargo for Ukraine, will come into force." The EU and other Western countries imposed sanctions against Russian firms and individuals last year in response to Moscow's role in the Ukraine crisis and its annexation of the Crimea peninsula.