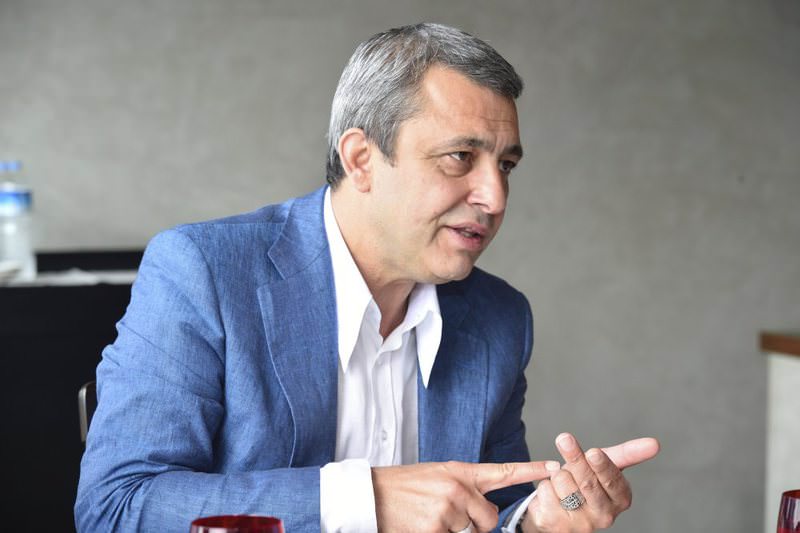 by Daily Sabah Aug 15, 2015 12:00 am
With coalition talks proving inconclusive, representatives of business voiced their opinion on the present situation.

Independent Industrialists' and Businessmen's Association (MÜSİAD) President Nail Olpak expressed good wishes for possible snap elections. Releasing a written statement on the results of coalition talks, Olpak said: "Following the June 7 elections, we called on all political parties to make an effort to form a government in line with the parliamentary arithmetic, which was the result of the nations' will, in a sincere and well-intentioned manner for the sake of stability. We stated that new elections would be a natural consequence in case of failure to form a coalition government despite all sincerity and good intentions."

Even if there is yet another coalition alternative theoretically, the current state of affairs points to a new election, Olpak stated, expressing his respect for the possibility of holding a new election. He called on Parliament to rapidly make an election decision within its own dynamics and invited politicians to take all kinds of measures to avoid an interruption of stability during the possible election period.

İbrahim Çağlar, president of the Istanbul Chamber of Commerce (İTO), said that anxiety for a "perfect storm" is rising in lobbies, while MÜSİAD President Olpak said the current state of affairs points to an early election.

Following the ITO Ordinary Council Meeting for August, Çağlar delivered statements to press chambers about Prime Minister Ahmet Davutoğlu's remarks on the coalition talks. Çağlar said the international market has recently been using the phrase "perfect storm" and rare economic circumstances that can be experienced once in a blue moon have accumulated, adding, "Things are going worse than expected, and it is thought that a perfect storm is approaching."

Çağlar also said it is not possible for Turkey not to be affected by problems that are faced in the world, underlining that it is time for Turkey to follow a new path, and it should focus on the economy without delay. Turkey does not have the luxury of talking about a perfect storm like the rest of the world economy, he said, expressing his firm belief in Turkey's potential, with which it can achieve greet success when it focuses on the economy. "This is what we want from our politicians," he said, adding that this month's results of the Commercial Activities Index, which takes the economy's pulse in line with data coming from members, corroborated their belief.

"In this case, we want an early election alternative since we do not have a minute to spare, and the government has a lot to do," Çağlar said, stressing the urgent need for the establishment of a government. Çağlar also suggested that Turkey should hold early elections with the existing government for the sake of Turkey's peace and interests and that Parliament should pay attention to Turkey's economic losses and problems that might be experienced during a few-months-long interim government.
Last Update: Aug 15, 2015 1:24 am
RELATED TOPICS