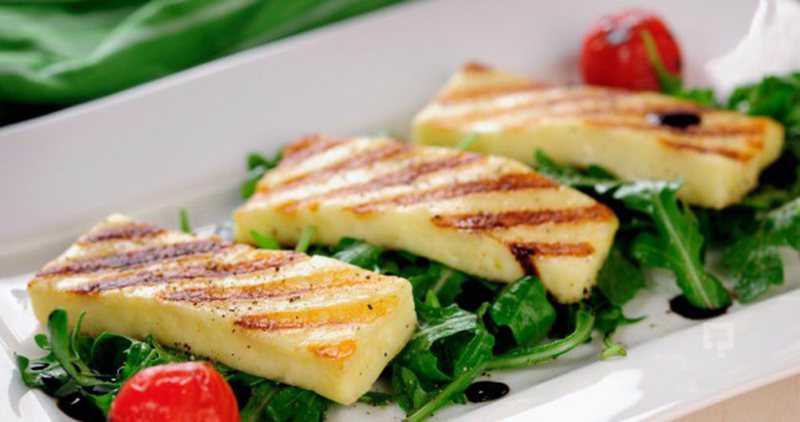 by Emre Diner Aug 18, 2015 12:00 am
With halloumi, a type a cheese, being registered as a product of the entire island of Cyprus in Greek and Turkish, the European Commission (EC) is set to impose a fine of 10,000 euros for each of the 77 companies that produce halloumi in Turkey.

Last week, the EU registered halloumi, one of the best-known products of both Turkish Cyprus and Greek Cyprus. The decision stipulates that halloumi produced anywhere apart from north and south Cyprus cannot be sold under the name "halloumi." A Thessaloniki court imposed a fine of 10,000 euros on a Greek firm that was found to be continuing halloumi production after the decision was published in the EU's official gazette. The court also halted its production for seven months, as well as banned it from producing, distributing, selling, advertising, importing and exporting halloumi.

After the penalty-imposed Greek firm complained that 77 firms produce halloumi in Turkey, the EU has made a move to impose fines of 10,000 euros on 75 of them in accordance with the EU Commercial Law. It was reported that the civil suit that the EU will file in Turkey will start in September.

Speaking to Daily Sabah, the Turkish Cyprus Chamber of Industry President Ali Çıralı said the number of firms producing halloumi in Turkey was 77 in 2009, and explained the chamber's efforts to file a claim against those firms. "We have filed a claim for a total fine of $5 million against those firms and are waiting for the case results," he said.

The EC's application concerning halloumi stipulates that Turks can sell and export this type of cheese under the name of "hellim," and Greeks can sell and export it under the name of "halloumi." Moreover, Turkish Cyprus President Mustafa Akıncı and Greek Cyprus President Nicos Anastasiades reached an agreement on the issue. EC President Jean-Claude Juncker had said that halloumi was the product of the people on the island and worked hard to see its registration completed.
RELATED TOPICS