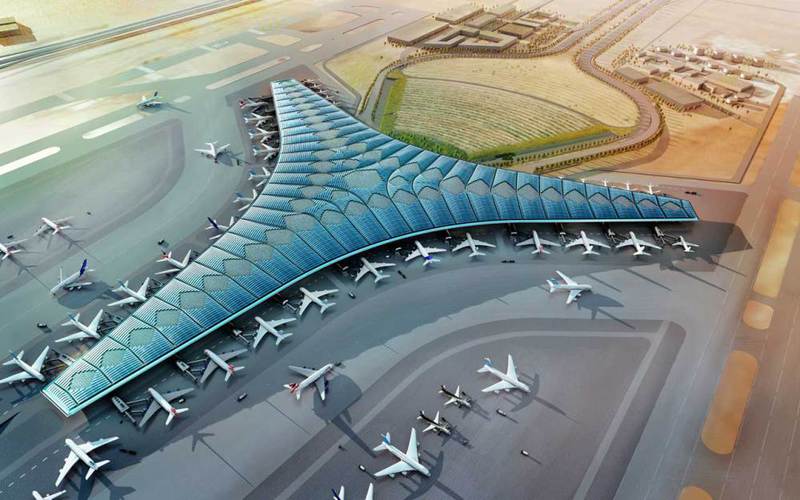 by Daily Sabah with Wires Aug 19, 2015 12:00 am
The Kuwait Central Tenders Committee (CTC) announced that it approved Turkish construction company Limak İnşaat's tender offer of 1.312 billion dinars ($4.34 billion) to construct a new terminal building at Kuwait International Airport. This has been the largest tender secured by a Turkish construction company abroad in one package. Limak Holding's CEO Nihat Özdemir said they had been following the construction project of the new terminal building for a long time, and expressed his pride of undertaking such a large-scale project. "We will open the terminal after completing it in the best and fastest way possible," he added.

Limak İnşaat is proceeding to become a global Turkish brand by taking rapid and resolute steps to this end, Özdemir said, adding that they have undertaken major projects in airport construction and operations in recent years. Limak İnşaat built and operated the new terminal building in Istanbul's Sabiha Gökçen Airport as well as the terminal at Kosovo's Pristina Airport. Currently, it is constructing the second terminal in Egypt's Cairo Airport. Additionally, the company won a tender to build a new terminal building at Russia's Rostov Airport, and is taking part in the consortium that is constructing and will operate Istanbul's third airport, which is under construction and poised to be the largest airport in the world. "As Limak Holding, we will continue to wave the Turkish construction sector's flag in the world," Özdemir said. Initially, the new terminal building at the Kuwait International Airport will have a capacity of 13 million passengers, and this figure will be increased to 25 million passengers in the future. Limak İnşaat, which is the prime contractor of the project, will provide repair and maintenance services within the two years after it transfers the building, which will be completely financed by the Kuwaiti state. The company will also manage the operational transition process of the terminal after the construction period is finalized. The architectural design of the project is undertaken by British architectural company Foster & Partner, and it is expected that around 5,000 people will be employed during the construction process.
RELATED TOPICS