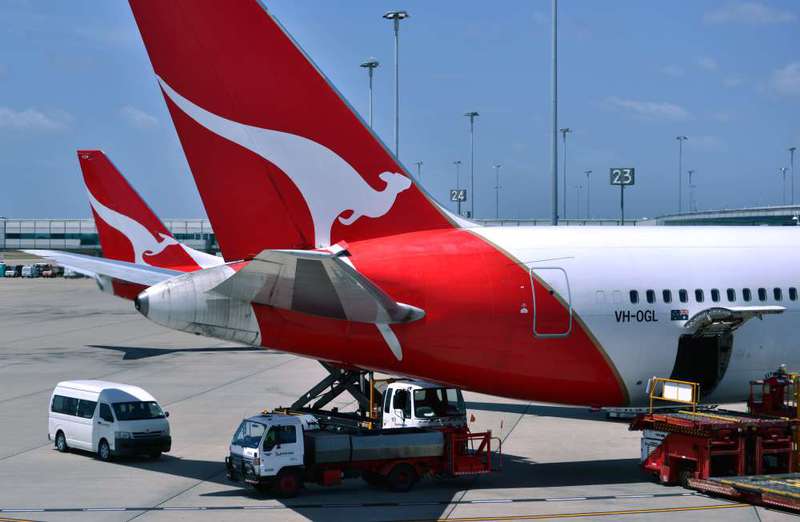 by Associated Press Aug 21, 2015 12:00 am
Qantas Airways Ltd. posted a AU$557 million ($409 million) full-year profit in a dramatic turnaround since it recorded a $2.6 billion loss in the previous year. Australia's largest airline said in a statement that the profit for the fiscal year through June reflected strong performances from all business segments, including its troubled international arm which turned a AU$408 million loss in 2014 into a AU$267 million profit. "We are halfway through the biggest and fastest transformation in our history," Qantas chief executive Alan Joyce said in a statement.

"Without that transformation, we would not be reporting this strong profit," he said. Qantas has not declared a dividend but will return AU$505 million to shareholders through a AU23 cent per share cash distribution in November. The airline's underlying pre-tax profit for the year was AU$975 million, better than analysts' expectations of a AU $960 million profit. Qantas also announced it will take delivery of eight Boeing 787 Dreamliner aircraft from 2017 to replace five older Boeing 747s, which have shorter ranges and are less fuel efficient.
Last Update: Aug 21, 2015 1:09 am
RELATED TOPICS