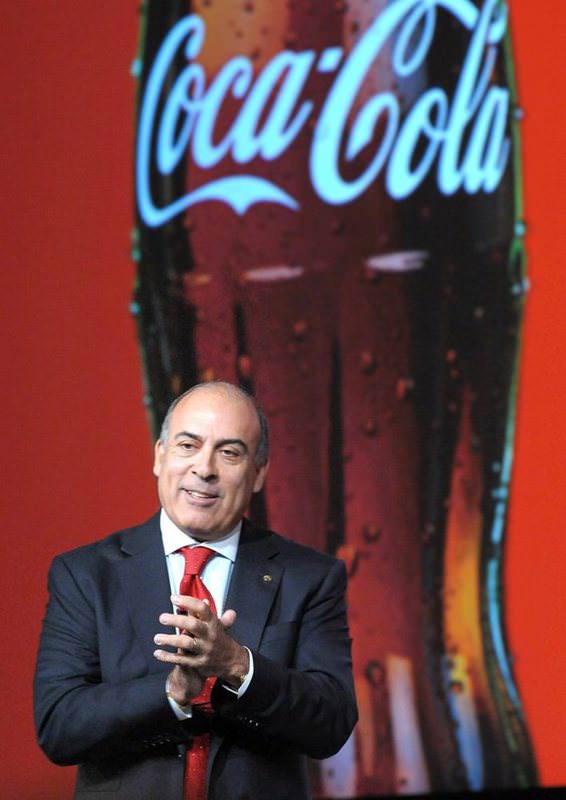 Coca-Cola CEO Muhtar Kent said in an editorial published in The Wall Street Journal that he was disappointed that the company's actions have created "more confusion and mistrust" on Wednesday. Moving forward, he said the company will publish "a list of health and well-being partnerships and research activities" the company has funded in the past five years. That information will be updated every six months, he said.

The Atlanta-based company came under fire after a New York Times story on Aug. 9 that detailed how Coca-Cola Co. gave $1.5 million to help start the Global Energy Balance Network. The story said the group promotes the idea that people are overly fixated on how much they're eating, rather than how much they're exercising. In a video announcing the group, Steven Blair, a professor at the University of South Carolina and vice president of the network, noted the media focuses on "eating too much, eating too much, eating too much blaming fast food, blaming sugary drinks, and so on. And there's really virtually no compelling evidence that that, in fact, is the cause." Later in the video, Blair said people are getting fatter, but that "we don't really know the cause, other than, well, too many people are eating more calories than they burn on too many days. But maybe the reason they're eating more calories than they need is because they're not burning many."

Yoni Freedhoff, a nutrition and obesity expert at the University of Ottawa, said that it has become common for food companies to deflect criticism about their products by talking about the need for physical activity.

"'Energy balance' is a term that the food industry has been using for a while," he said.

A disclosure at the bottom of the group's "About" page now states that it gets support from various entities, including an "unrestricted grant from The Coca-Cola Co."

After the New York Times ran its story, the network said in a statement that the suggestion that its work promotes "the idea that exercise is more important than diet in addressing obesity vastly oversimplifies this complex issue." Blair also said in a statement Wednesday that he has asked that the video with his remarks be taken down. He said he regretted that his comments were "used by some to brand GEBN as a network focusing only on physical activity."

A representative for Coca-Cola said the company expects to release the first wave of information on its health and wellness efforts "within the next few weeks." The company said it will also post information about its work with individuals.

Earlier this year, The Associated Press reported that Coca-Cola worked with multiple health experts who wrote online posts for American Hearth Month in February, with each including a mini-Coke or other soda as a snack idea. At the time, Coca-Cola said it wanted to help people "make decisions that are right for them." Like others in the industry, it said it works with experts to "bring context to the latest facts and science around our products and ingredients."

In addition to outlining such relationships, Coca-Cola said it will form an oversight committee of independents experts to advise it on investments on academic research.
Last Update: Aug 22, 2015 1:15 am
RELATED TOPICS