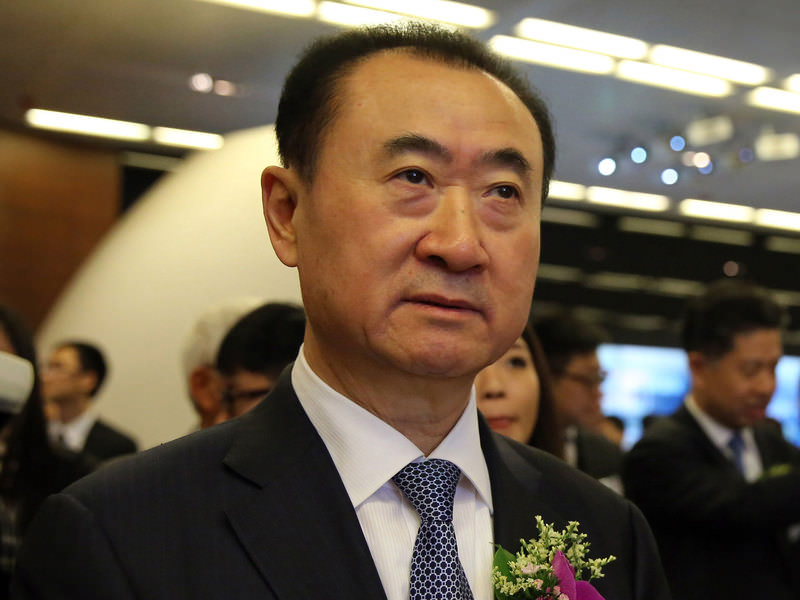 by Aug 25, 2015 12:00 am
China's richest man lost $3.6 billion in a single day after global stock markets tanked and Chinese markets erased all their gains for the year.

Wang Jianlin, chairman and founder of property and entertainment company Dalian Wanda, lost more than 10 per cent of his total wealth on Monday, according to the Bloomberg Billionaires Index, which tracks the world's richest people.

Shanghai shares Monday collapsed by 8.49 per cent, the biggest daily loss since 2007, sparking a vast sell-off in global financial markets as concerns mounted that a slowdown in the world's second-largest economy could hurt global growth.

Shanghai fell an additional 7.63 per cent on Tuesday.

The close was the lowest since December 15 last year -- and below the symbolically significant 3,000 point mark - while Bloomberg News said it marked the steepest four-day rout since 1996.

Wang was the biggest loser at the end of trading on Monday, according to the index, which updates at the end of each day. Figures for Tuesday were not immediately available.

Despite the loss, his wealth has increased by $6 billion this year. China's second richest person Jack Ma, founder of e-commerce giant Alibaba, lost only $545 million on Monday, according to the index.

Beijing launched a huge rescue package after shares collapsed in June, which has included funding the China Securities Finance Corp. to buy stocks on behalf of the government and barring major shareholders from selling their stakes.