Japan struggles to woo Australia in bid for $35B tender 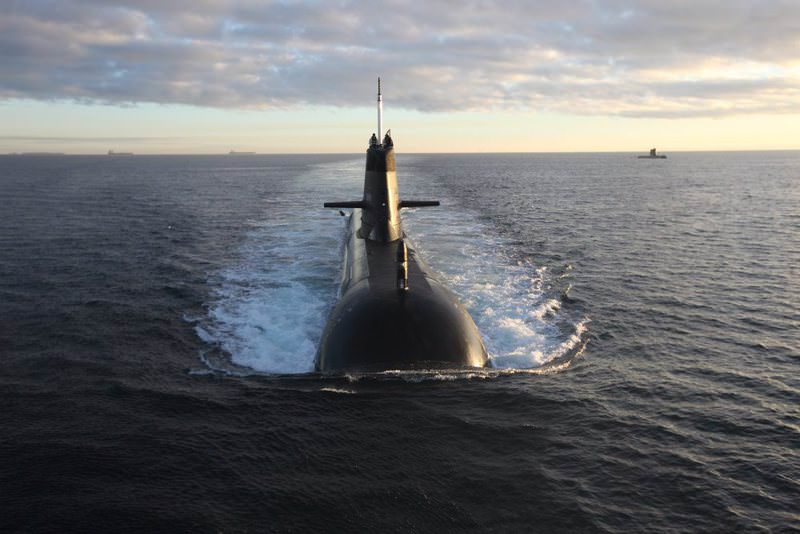 by Daily Sabah Aug 27, 2015 12:00 am
Japan's effort to charm Australian politicians and the public over its bid for a AU$50 billion ($35.60 billion) submarine project appeared to stumble on Wednesday, with officials from Tokyo resisting pressure to commit to building the vessels in Australia. Japanese defence officials and executives from Mitsubishi Heavy Industries and Kawasaki Heavy Industries made their first major pitch to build 12 stealth submarines for Australia's navy during public briefings in Adelaide, a ship-building hub. Once seen as the frontrunner to win the contract, the

Japanese bid has since come under scrutiny over whether Tokyo would build any of the submarines in Australia, where manufacturing jobs are a hot-button political issue. Rivals ThyssenKrupp Marine Systems of Germany and France's state-controlled naval contractor DCNS have both said they would build entirely in Australia, emphasising the economic and political benefits of their proposals. The European firms have also courted the Australian defence industry and media in key cities. The Japanese delegation, led by retired Admiral Takahashi Saito, stressed Japan's cutting-edge technology, track record in manufacturing and strategic relationship with Australia during an open forum for local industry leaders. But two sources present at separate private meetings between Japanese and Australian officials said the Japanese did not seem to have much understanding of the political sensitivities and appeared to have lost ground to their rivals. A defence industry source in Tokyo said the German bid was shaping up as the one to beat.
RELATED TOPICS