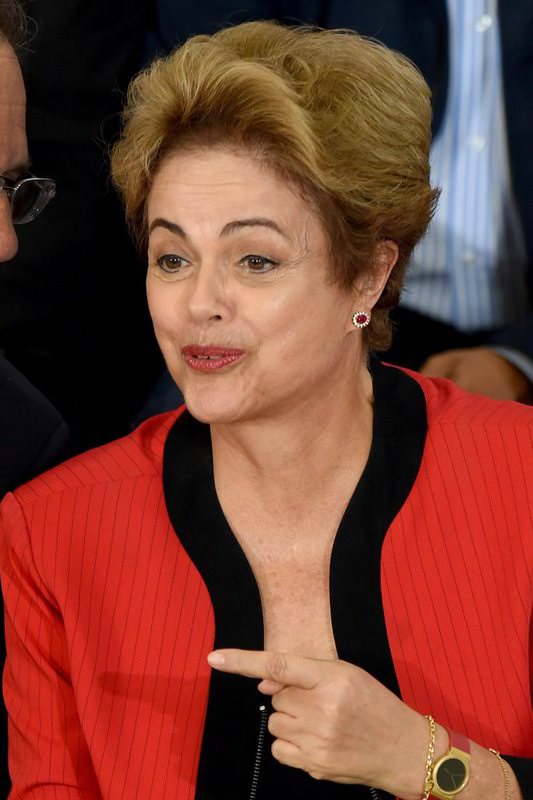 by Associated Press Aug 27, 2015 12:00 am
A convicted black market money dealer who turned state's evidence told lawmakers on Tuesday that Brazilian President Dilma Rousseff and her predecessor, former President Luiz ınacio Lula da Silva, knew of the sprawling corruption kickback scheme that has engulfed state-run oil company Petrobras. Alberto Youssef, who has been talking to prosecutors in exchange for less jail time, made his remarks before a congressional panel investigating the alleged scheme. Without providing any proof, Youssef said Rousseff had knowledge of the scheme when she chaired the board at Petrobras between 2003 and 2010. Much of the alleged corruption took place at that time. Asked if he thought Silva as president knew and okayed the kickback scheme, Youssef said "that's correct." Both Rousseff and Silva have denied knowing about the scheme. Also questioned by the panel was Paulo Roberto Costa, a former director of Petrobras' downstream operations. Costa, said he could not confirm Youssef's remarks.

Costa has told prosecutors under a plea bargain agreement that he accepted bribes from construction firms and other contractors to win bids from the oil producer. Prosecutors have said the scheme involved at least $800 million in bribes and other illegal funds. Some of that money was allegedly funneled back to the ruling Workers' Party and its allies' campaign coffers.
RELATED TOPICS