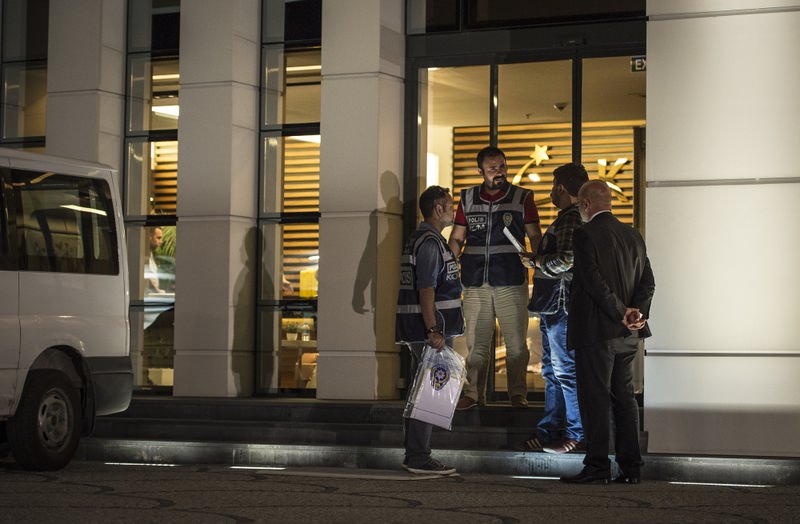 Inspectors looking after the case of Koza İpek Holding, which is claimed to provide financial support to the Gülenist Terrorist Organization, found out that aid money was being transferred abroad

A special team from the Financial Crimes Investigation Board (MASAK) has begun to investigate all details related to 23 companies owned by Koza İpek Holding after police launched a probe on Tuesday into the holding company after a decision from the Ankara 7th Criminal Court of Peace. All banking transactions, money transfers and financial relations of the foundations and companies related to the Gülenist Terrorist Organization (FETÖ) are being investigated.

Inspectors found that the price of gold extracted from mines were shown to be 10 times higher than their real value by the holding's gold group while aid money was sent abroad. They said that if Koza İpek Holding has a connection with members of terror organizations its assets can be confiscated in the name of national security.

In the investigation in which Akın İpek, the group's chairman, is accused of being the director of the Gülenist Terror Organization, it is claimed that $7.04 billion was illegally transferred to the holding's bank accounts located in Bahrain, Malta and Cyprus. However, $4 billion out of this sum could not be documented, according to the reports prepared by the Financial Crimes Investigation Board and Organized Crime Control Bureau. It is alleged that the non-documented balance is the money compiled for the Gülen Terror Organization.

The special team worked overtime at MASAK last night not to skip any detail in the operation into Koza İpek Holding, which is alleged to be a safe box of FETÖ. Additionally, technical assistance was demanded from the Banking Regulation and Supervision Authority and the Capital Market Board. As a covert operation is being conducted into the foreign connections of the companies, money transfers made to members of FETÖ in the U.S. and other countries are being investigated. Inspectors emphasized that a cautionary judgment can be made on assets of the holding company if it is documented that the group had a high amount of tax evasions or it has connections with the "parallel structure."

Bank accounts of some individuals in FETÖ, which Ankara describes as a terrorist organization after including it in the Red Book, are under investigation.

Connections between those individuals and companies owned by Koza İpek Holding are also being investigated. Inspectors said that if a connection between Koza İpek Holding and FETÖ can be found and proven, assets can be confiscated because of national security. Thus, assets of Akın İpek who said: "I can donate my entire wealth for the sake of one smile of Fethullah Gülen," can also be confiscated. Six people have been arrested on Tuesday and an arrest warrant was issued for İpek, who the source said was thought to be in the U.K.

Finance sources said that all notices and complaints coming to MASAK and the Tax Inspection Board were reviewed. "Complaints that one gram of gold was showed as 10 grams of gold are also under investigation. It is being investigated whether there is any illegality in corporation income tax, profit transfers and income tax. The company is supposed to pay 20 percent tax over the market profit in case it declares more commercial income than a company earns. If it makes profit transfers to partners from the money earned, it is supposed to pay 18 percent withholding tax," inspectors said. In Turkey, there is no limit for taking money abroad as long as it is obtained legally. People can also transfer company money abroad. If they want to carry money in a bag, there is a limit of $5,000. In the event of high amounts of transfers made through financial systems, banks are supposed to question if the money was obtained illegally such as through smuggling, terrorist activities and drug dealing. Banks have to inform MASAK about suspicious transactions.

According to Turkish law no: 6415, as part of the United Nations Security Council's regulation regarding the prevention of financing terrorism, providing financial support to a terrorist organization is a crime; thus, operations can accordingly take place and assets frozen.
RELATED TOPICS