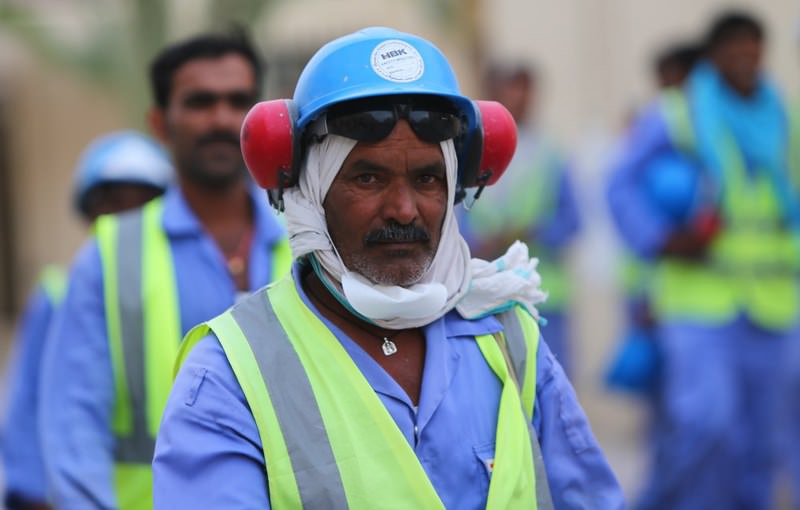 by Sep 03, 2015 12:00 am
World Cup 2022 host Qatar will begin enforcing a law that ensures migrant workers get paid on time from November, labour ministry officials said yesterday. The Wage Protection System (WPS) - trumpeted by the government as a "significant" reform - has been delayed from an initial start date of August 18 to allow companies more time to prepare for the change. It is one of a number of measures that Qatar is expected to introduce to improve labour conditions following criticism by rights campaigners about the treatment of migrant workers.

"We will start applying the law on November 3rd," labour ministry official Saleh Al-Shawi said at a press conference yesterday. Any violations could mean imprisonment, and there are fines of up to 6,000 Qatari riyals ($1,650/1,460 euros), he said. Under the WPS, workers will be paid either twice a month or monthly, with wages electronically transferred to their bank accounts. Banks will be compelled to open accounts for workers and transfer the wages once they have been paid by companies. Shawi said that all banks within Qatar will participate in the WPS and inspection teams will be used to watch out for any violations. "We are ready," he said. Failure to pay salaries on time, especially for blue collar workers, has been one of the biggest complaints voiced by rights groups against companies in the energy-rich Gulf state. A 2013 academic study, "Portrait of Low-Income Migrants in Contemporary Qatar", found that around a fifth of migrant workers were "sometimes, rarely or never" paid on time. The WPS has been touted by the government as proof of its commitment to reform, in response to furious criticism of Qatar's labour practices since the controversial decision to allow it to host football's biggest tournament.

Ministers predict that changes to the "kafala" sponsorship system, which has been widely blamed for enabling the abuse of foreign workers, especially labourers involved in the country's vast infrastructure projects, will be announced later this year.
RELATED TOPICS