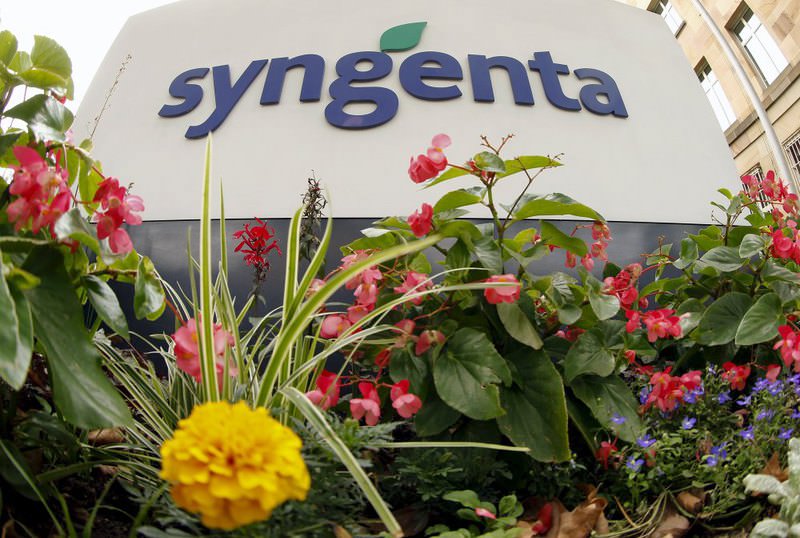 by Sep 04, 2015 12:00 am
Swiss agrochemicals giant Syngenta Thursday moved to placate shareholders after it rejected a massive takeover bid by Monsanto, announcing it would sell its vegetable seed business and buy back $2 billion worth in shares. Syngenta, which last week saw its share price plunge 18 percent after US seed giant Monsanto finally dropped its campaign to buy it, said yesterday it would take a series of measures to "accelerate shareholder value creation". The divestment of its global vegetable seed division was part of this plan, it said. The unit raked in $663 million in sales last year.

Syngenta said it also aimed to return "significant levels of capital" to its shareholders through a program to buy back more than $2 billion in shares, set to begin in coming weeks. Last week, Syngenta saw its share price plummet after Monsato dropped its campaign to buy the company, maintaining it had no choice but to pull the plug on the proposed deal after Syngenta refused to entertain repeated and improved offers. The last bid, proposed on August 18, worth about $46 billion at the time, would have amounted to 470 Swiss francs per share overall, up from the original April bid of 449 francs per share, Monsanto said. "Syngenta management reacted well to appease shareholders after the failed takeover by Monsanto," IG analyst Andreas Ruhlmann said in a note.

He pointed out that Monsanto had planned to sell off the vegetable seed division, which accounts for 21 percent of Syngenta's business, if the takeover deal had gone through. And, he stressed, although the seed business had been undergoing difficulties for the past two years, "the potential for margin expansion should not fail to attract buyers." "This move makes sense, as it will allow Syngenta to concentrate on its high margin crop business where it enjoys a world leading position," he said. Ruhlmann said, "If Syngenta successfully sells its seed branch, there are chances Monsanto will come back with yet another offer," he added.
RELATED TOPICS