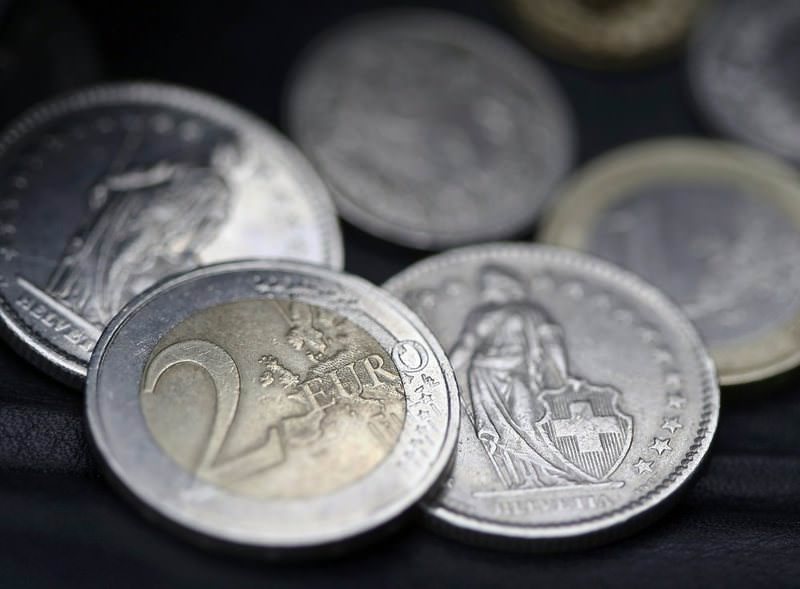 by Daily Sabah with AA Sep 04, 2015 12:00 am
The Swiss franc has become the most lucrative currency that has appreciated almost 30 percent against the Turkish lira since the beginning of the year.

The British pound, which has risen by 24 percent against the Turkish lira since the beginning of the year, ranked fourth among the most profitable currencies. It was followed by the Japanese yen, Chinese yuan, Kuwaiti dinar, Pakistani rupee, Romanian leu and the euro with 23.6 percent, 22 percent, 21.6 percent, 21.1 percent, 17.1 percent and 15.7 percent, respectively. The Australian dollar, Canadian dollar, Russian ruble, Norwegian krone and Iranian rial returned the least profits: 9.1 percent, 9.7 percent, 10 percent, 11.8 percent and 13.5 percent, respectively.

Commenting on the subject, Odeabank Economic Research and Strategy Director Ali Kırali said currencies of emerging economies, including Turkey, have lost value, particularly against the currencies of developed countries, since the beginning of the year because of the strong dollar period and geopolitical risks. Kırali attributed this rapid increase in the franc's value against all currencies to the Swiss central bank's removal of the 1.20 lower band in the euro-franc parity before the European Central Bank (ECB) announced its asset purchase program on Jan. 15, 2015. Kırali also said there are currencies that have gained more value against the Turkish lira than the franc. In terms of certain currencies compared to the Turkish lira, the franc-lira parity increased 10 percent after Jan. 15, while the dollar and pound both rose between 25 percent and 30 percent. This is because the American and British central banks' lean toward an interest rate hike. The value of the Turkish lira and the currencies of other leading developing countries against such currencies might decrease further in line with ongoing uncertainties in the global economy and economic recovery, he added.
RELATED TOPICS