W20 to work for employment of 100 million women 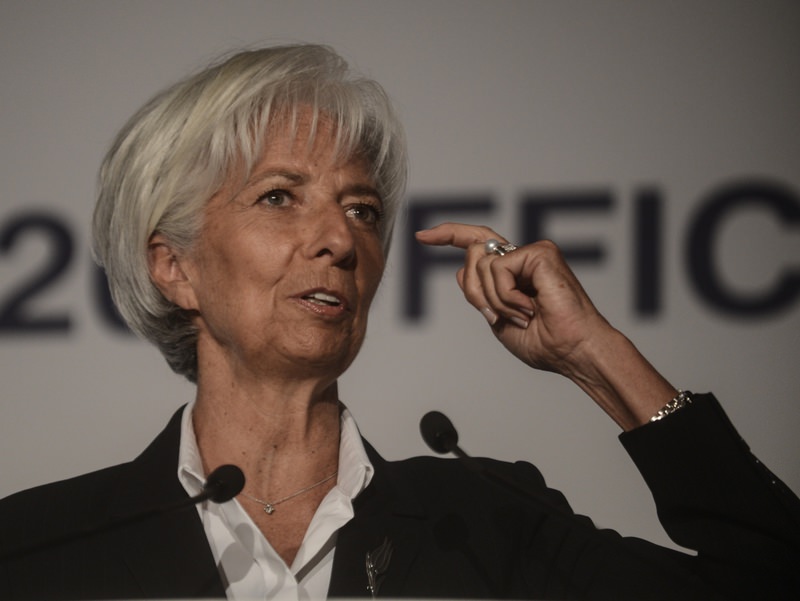 International Monetary Fund Managing Director Christine Lagarde addresses the W20, a group of women leaders, as the world's 20 leading economies launch a new group aimed at boosting the role of women in global economic growth in Ankara.
by Daily Sabah Sep 07, 2015 12:00 am

The W20, a grouping of women leaders and a new forum established by Turkey under the umbrella of the G20, will work to provide employment for 100 million women along with financial support for women SMEs

The Women 20 (W20) summit was held Sunday in Ankara for the first time, initiated by Turkey as part of the G20. The group agreed to work on the promises of "employment for 100 million women" and "financial support for women SMEs [small and medium-sized enterprises]" in an effort to increase women's participation rate. International Monetary Fund (IMF) Managing Director Christine Lagarde stressed that women's participation in the economy decreases inequality and poverty. Her joke, "There's a woman behind every successful man, and there is a guy in distress behind every successful women," gave participants a laugh.

Prime Minister Ahmet Davutoğlu also attended the summit and said while the G20 is the driving power of global economies, women's absence on this platform reinforces the idea that "only men can decide." "Through the W20, we want to make radical changes in this mentality," he said.

The importance of women's participation in economic growth was underlined by Lagarde and also OECD Secretary-General Angel Gurria. Leading women from the business world will call on world leaders at the G20 summit, to be held in Antalya in November, to give the message of "economic empowerment of women, support for businesses run by women, protection of women in rural areas and balancing business life and personal life."

Turkey's G20 representative, Deputy Foreign Minister Undersecretary Ayşe Sinirlioğlu, said they have targets set for 2015 including incorporating 100 million women into the global business world. "The W20 will highlight a lot of important issues for woman, and as the W20, we are in a position to examine whether the G20 leaders keep their promises or not," Sinirlioğlu said. W20's President Gülden Türktan also stressed that they want to improve the global status of women, but they need more support.

Lagarde said the IMF did not focus as much on women in the past, but from now on, the fund will focus more on and present more opportunities for women to become involved in the economy as well as integrate more with society when they help out a country in need. She added that countries that have a majority of women involved in the economy have lower poverty levels. She also said the IMF and W20 are trying to find solutions to finance female entrepreneurs.

Gurria also touched on the matter of refugees along with citing that in terms of economic development and growth, the capabilities and experiences of women are underestimated and not utilized properly. Gurria also praised Turkey for opening its doors to Syrian refugees before Western countries and for spending $6 billion on refugees. "Turkey offered an honorable lifeline to these refugees, of which the majority are women [and children], who had to fight for their lives," Gurria said.

The assistant executive director of the UN Women Association, Lakshmi Puri, said gender equality and women's empowerment are of utmost importance. She added that without these two accomplishments, it would not be possible to achieve sustainable growth or other social and economic targets. Noting that they constantly try to draw attention to micro loans and SMEs, Puri asked, "Why are women forced to live on the outskirts of the world of entrepreneurship?"

International Trade Center (ITC) Executive Director Arancha Gonzalez said they are aiming to involve 1 million women in the SME market and added that if you want to fight against poverty, money should be in the hands of women. General Electric Turkey's Executive Manager Canan Özsoy said if only men are making the decisions, you cannot become a successful company or a successful country. "You'll face problems not only regarding growth but welfare as well," Özsoy added.
RELATED TOPICS