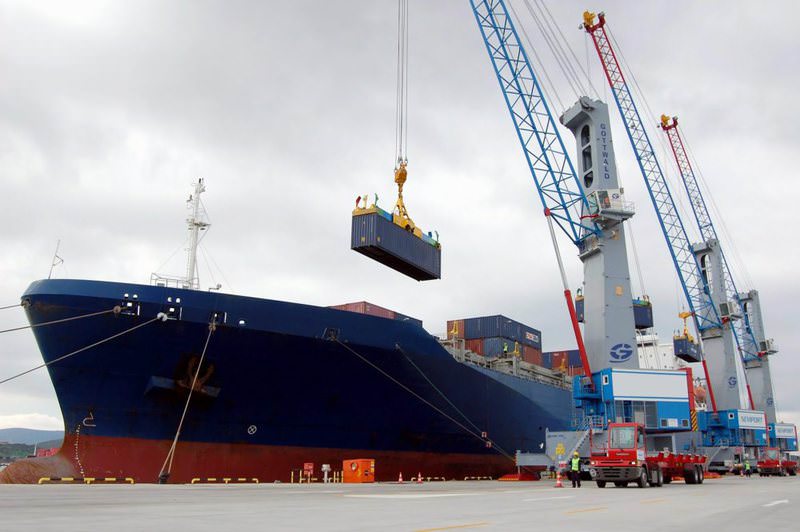 by Daily Sabah Sep 09, 2015 12:00 am
With economic problems across the world having a negative impact on a number of countries' exports, Turkey has ranked seventh among G20 countries whose exports have been least affected by the global economic recession in the second quarter of 2015.

According to the Organization for Economic Co-operation and Development's (OECD) data, Turkey's exports were realized at $36.4 billion in the second quarter of this year, with an 8.7 percent fall when compared to the same period last year. Although international credit rating agencies' warnings against the Turkish economy and the fall experienced in exports worried the business world and economic circles in this period, Turkey stands out as one of the G20 countries that experienced the least loss in exports. With this performance, Turkey overtook 12 G20 countries - Japan, Germany, Indonesia, France, Italy, Canada, Brazil, India, Argentina, Australia, Russia and Saudi Arabia.

The OECD's data regarding the export performance of the countries in the first quarter of 2015, which was prevailed by the tension between Russia and Germany and the Islamic State of Iraq and al-Sham (ISIS), Turkey was the sixth country that faced the least trouble in selling goods abroad, despite experiencing a 7.6 percent drop in its exports in this period.

Petroleum and commodity exporting G20 countries top the list with their exports being most adversely affected by the ongoing global economic regression. The data also reveals that Saudi Arabia's exports tumbled by 41.4 percent because of the falling oil prices and Russia's exports plummeted by 29.8 percent in the second quarter of the year. As one of the largest commodity exporters in the world, in addition to oil and natural gas, Australia's exports dropped by 22 percent in the same period.
Last Update: Sep 09, 2015 2:12 am
RELATED TOPICS