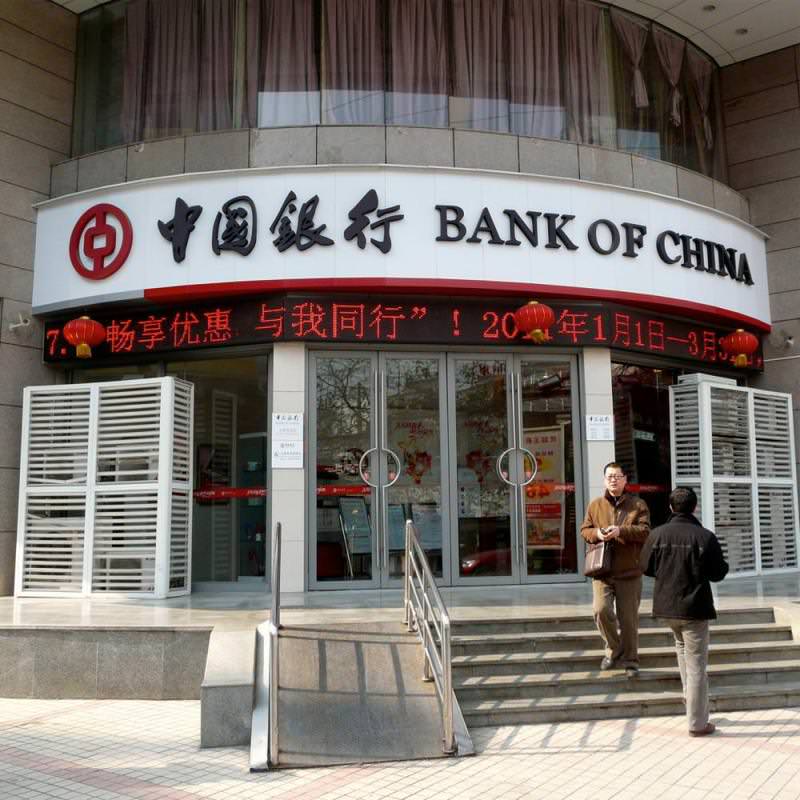 by Daily Sabah with AA Sep 10, 2015 12:00 am
Chinese banking giant Bank of China will meet today with the Banking Regulation and Supervision Agency (BDDK) to discuss the licensing of a new bank in Turkey. BDDK President Mehmet Ali Akben said the Chinese banking sector is interested in entering the Turkish market. "We have high demand from China. On Sept. 10, we will come together with the Bank of China's managers," Akben said. The meeting is the second gathering of the BDDK with the Bank of China. Akben said the Bank of China's deputy president will attend the meeting. "They come to Turkey with a big team, meaning that they show us priority. The bank said they have large resources allocated for Turkey," Akben added.

Other Chinese groups are also willing to have a share in Turkey's banking sector. Akben said that these groups see the Turkish banking sector as a fairly promising market. There are currently two Chinese groups that are highly interested in the Turkish banking sector - the Bank of China and Commercial Bank of China Limited (ICBC). ICBC took over a majority stake in Tekstilbank from Turkish GSD Holding to become the first Chinese bank to operate in Turkey. Last April, GSD Holding signed a contract to sell its entire 75.5 percent stake in Tekstilbank to ICBC, one of the four largest Chinese banks, for TL 669 million ($221.5 million)

Highlighting that the Turkish banking sector is still a safe sector, Akben said this security draws the attention of foreign investors. Moreover, capital flow will continue from the Gulf countries once the uncertainty has eased. Akben said there is capital stock in the Gulf countries and underscored that they are especially interested in participation banking in Turkey.

He added that HSBC and Finansbank have not yet submitted an official application to the BDDK, and said they will be evaluated as an institution after they formalize their strategies. In June, HSBC announced that they will withdraw their operations from Turkey and Brazil. Highlighting that Iran has certain demands in terms of participation banking, Akben said: "We continue to negotiate with a couple of groups about this matter. As you know, Iran was affected by the decisions of the United Nations and certain embargos. If these restrictions are eliminated, Iran has certain demands." Akben said the BDDK treats all state and private banks equally in legislative harmonization and the supervision of banking transactions.
RELATED TOPICS