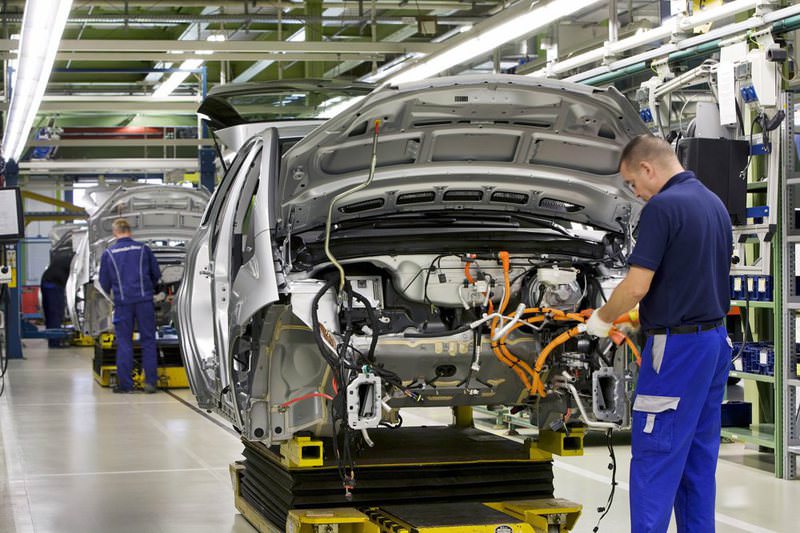 While Spanish industry rebounded in July with the fastest pace in 15 years, French industry had a surprise drop. Despite the weak euro and low commodities prices, eurozone economies are not seeing uniform recoveries

Despite tailwinds from a weak euro and low commodities prices, eurozone countries are far from seeing a uniform recovery in their industrial sectors, underlined by data yesterday pointing to a rebound in Spain and a slump in France. Spanish factories churned out goods in July at the fastest pace in 15 years, comfortably exceeding expectations, while French industrial output confounded economists with a surprise drop, official data from both countries showed on Thursday.

Regional industrial powerhouse Germany is also proving hard to gauge for economists with data earlier this week showing the sector's output rising at its fastest pace this year in July although not as much as economists had been expecting.

Looking through month-to-month volatility in the data, industrial output in most euro zone countries was growing about 1.0 percent on an annual basis, Capital Economics Chief European economist Jonathan Loynes said. "The general picture, certainly outside of Spain, is positive growth in the industrial sector but at pretty modest rates relative to the support that the sector should have seen in recent months from a more competitive euro and a decline in oil prices," he told Reuters.

Spanish industrial output surged 5.2 percent in July over one year, not only exceeding economists' average forecast for 4.3 percent but even the highest estimate in a Reuters poll of nine economists for 4.7 percent. In stark contrast, French industrial production dropped 0.8 percent in July from June, far worse than the 0.2 percent increase expected by economists on average. The decline, which also stood at 0.8 percent on a 12-month basis, even topped the lowest forecast in a Reuters poll of 29 economists for a 0.2 percent dip. Ireland, meanwhile, weighed in on the plus side, reporting annual growth of 6.7 percent versus a consensus of 4.8 percent.

The mixed picture raises questions about the euro zone's recovery after it grew 0.4 percent in the second quarter from the previous three months, according to Eurostat data on Tuesday, revised up slightly from a first estimate. A spike in concerns about China's economy, a major destination for German industrial exports in particular, has only clouded the picture, Germany's Economy Ministry said yesterday. "The uncertainty about economic developments in China as well as other commodity-producing emerging economies has brought risks more strongly back into view," the ministry said in its September monthly report. "Despite uncertainty about foreign trade linked to financial market turbulence in some emerging economies, and only a moderate growth rate in the global economy, economic developments in Germany remain on an upward path," it added. German carmakers BMW and Audi both reported firm sales in August, with improving demand for their cars in Europe helping to offset weakness in China.