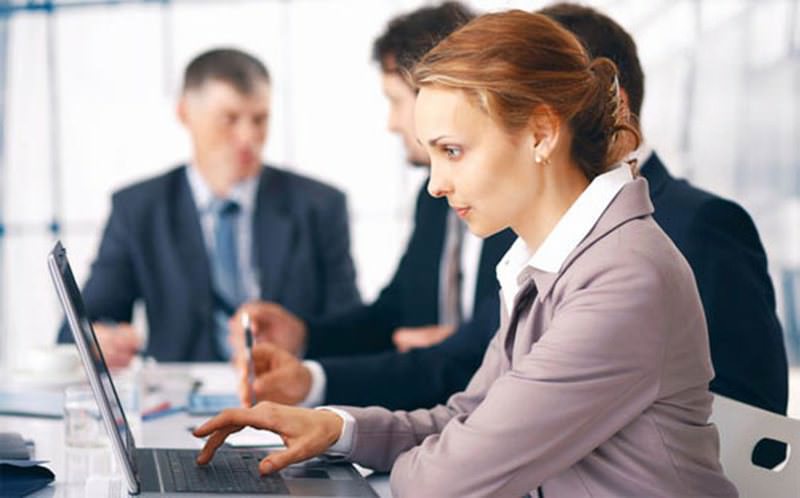 Despite the significant progress in women's employment, gender discrimination continues to affect countries' economies. Moreover, the number of CEOs named ‘John' is greater than the total number of female CEOs in S&P 500 companies

Experts suggest that although significant progress has been made regarding the issue of gender discrimination and the fact that women have gained ground in the business world over the past two decades, the disparity that exists still adversely affects countries' economies. Even though statistical data points to major progress, experts say women's ambition is often ignored and macho culture still prevails in the business world.

A recent study revealed that the Turkish economy suffered the greatest income loss among Organization for Economic Co-operation and Development (OECD) countries because of gender discrimination in the business world.

The study, which was jointly conducted by David Cuberes from Massachusetts Clark University and Marc Teignier from Barcelona University, found that countries' per capita income will be higher in economies where there is no gender discrimination.

The study titled "The Impacts of Gender Discrimination on the Labor Market" showed that average income in OECD countries will suffer a 14.1 percent loss in the short-term and a 15.1 loss in the long-term because of gender discrimination. Also, it is estimated that revenue loss between employers and the self-employed will reach 5 percent in the short-term and 5.7 percent in the long-term. Turkey has the greatest income loss of 33.1 percent because of gender discrimination in the business world. In other words, if women participated in the economy as much as men, Turkey's per capita income would be 33.1 percent higher.

According to U.N. data, women's labor force participation rate has dramatically increased over the past 25 years, and Latin America experiences faster growth in this regard than all other regions. However, it was also reported that the proficiency levels and wages that these jobs offer are low. An analysis published in The Economist said the prohibition of abortion in 18 Latin American countries out of 21 is one of the major obstacles to women's labor force participation rate in that region.

A study conducted in the U.K. stressed that a female manager goes unpaid for 100 minutes a day because of the difference between wages paid to male and female managers. The study, published in The Independent, said the average wage paid to women in all professional positions is 30,612 pounds ($47,252), whereas men working in the same positions are paid 39,136 pounds. The research indicates that the 22 percent gap in wages stem from gender discrimination, where women work 57 days for free in a year.

International Labour Organization (ILA) data revealed women have difficulty finding positions on boards of directors. The data for 2014 said 5.5 percent of CEOs in China are women, which is above the average of 5 percent among OECD countries. This figure slightly drops below 5 percent among Fortune 500 companies and it is below 3 percent in the EU. The proportion of female CEO is below 2 percent in Latin America's top 500 countries. A news report published by the Huffington Post said there are merely 23 female CEOs in S&P 500 companies, and the number of CEOs named "John" is greater than the total number of female CEOs.
Last Update: Sep 12, 2015 1:12 am
RELATED TOPICS