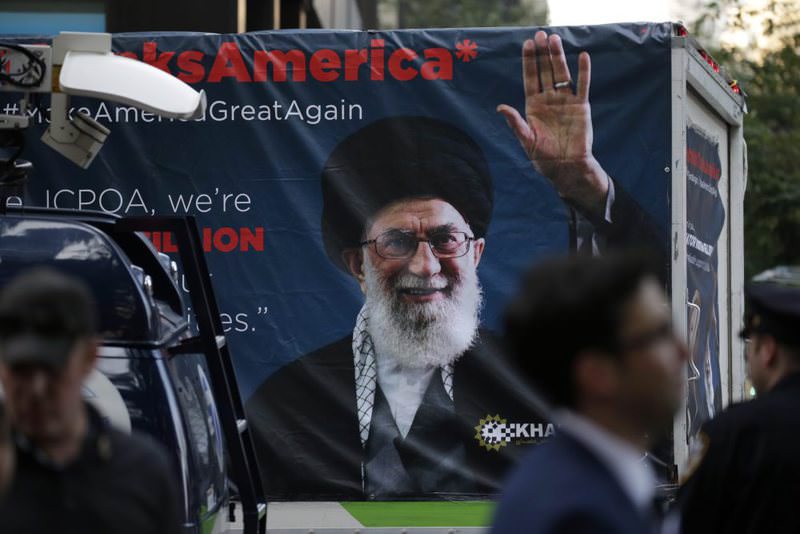 by Sep 16, 2015 12:00 am
The historic nuclear deal reached between Iran and major world powers has yet to be implemented, but one clear winner has emerged: Iran's highest authority, Supreme Leader Ayatollah Ali Khamenei.

Khamenei has yet to publicly back the accord, which lifts some sanctions on Iran in return for limits on its nuclear program. But he does stand to benefit, thanks to his close control of one of the most powerful and secretive organizations in Iran - "Setad Ejraiye Farmane Hazrate Emam," or Setad.

The deal, which is likely to go into effect after clearing a major Congressional hurdle last week, lifts U.S. secondary sanctions on Setad and about 40 firms it owns or has a stake in, according to a Reuters tally based on annexes to the deal. The delisting of Setad - which has little connection to Iran's nuclear program but is close to Iran's ruling elite - feeds into U.S. Republicans' criticism that the deal will empower Iran's hardliners and help fund its regional ambitions.

Former U.S. officials say Setad was just one of a slew of entities sanctioned because they were considered part of the Iranian government. One former official said Setad was also targeted because the United States saw it as close to Khamenei and believed that the sanctions might induce him to back serious nuclear negotiations.

With the nuclear deal reached, they say it is now appropriate to remove those measures. Many U.S. sanctions related to Iran's support for militant groups and alleged human rights abuses will remain in place.

With stakes in nearly every sector of Iran's economy, Setad built its empire on the systematic seizure of thousands of properties belonging to religious minorities, business people, and Iranians living abroad, according to a 2013 Reuters investigation, which estimated the network's holdings at about $95 billion.

Iranians who said their family properties were seized by Setad described in interviews in 2013 how men showed up and threatened to use violence if the owners didn't leave the premises at once. Reuters found no evidence that Khamenei is personally enriched by Setad's assets. But through Setad, Khamenei has access to resources that allow him to bypass rivals and other branches of government.

The entities being delisted represent a significant portion of Setad's holdings, though dozens of Setad-linked companies were never directly named by the U.S. Treasury and may not have been affected at all by the sanctions. The nuclear deal, reached in Vienna in July, would remove Setad from Treasury's Specially Designated Nationals (SDN) list, enabling the conglomerate to open bank accounts abroad and procure financing for partnerships.

Setad's removal from the sanctions list has raised concerns among some U.S. lawmakers. A Republican-led bid to block the deal in Congress effectively ended in failure last week when President Barack Obama won enough support from Senate Democrats and independents. "It allows the shady conglomerate to jeopardize the global financial system," said Republican Senator Cory Gardner. "These are bad actors who are now receiving the benefit of the bargain from the United States."

Setad was originally sanctioned by the U.S. Treasury in June 2013. The conglomerate "produces billions of dollars in profits for the Iranian regime each year," said David Cohen, then the Treasury's under secretary for terrorism and financial intelligence, at a Senate banking committee hearing that year. Setad, Cohen said at the time, controls "massive off-the-books investments" hidden from the Iranian people and regulators.