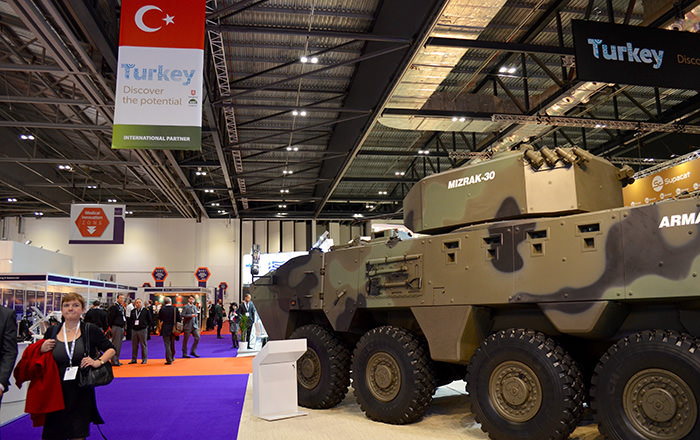 by Daily Sabah with AA Sep 17, 2015 12:00 am
Lockheed Martin and Turkey's ROKETSAN inked a new cooperation deal on Thursday to develop the SOM-J missile intended for integration into the inner weaponry station in the new versions of the F-35 fighter jet.

The new deal will activate the Technical Support Agreement and the SOM-J to be marketed in global markets. The integration of the SOM-J to F-35 fighter jets was planned according to the Block 4. The new system will be tested with F-16 flights from the Turkish Armed Forces.

ROKETSAN CEO Emin Alpan said the new agreement, in addition to enhancing their defense systems, will strengthen the cooperation between the two companies and also the allied countries.