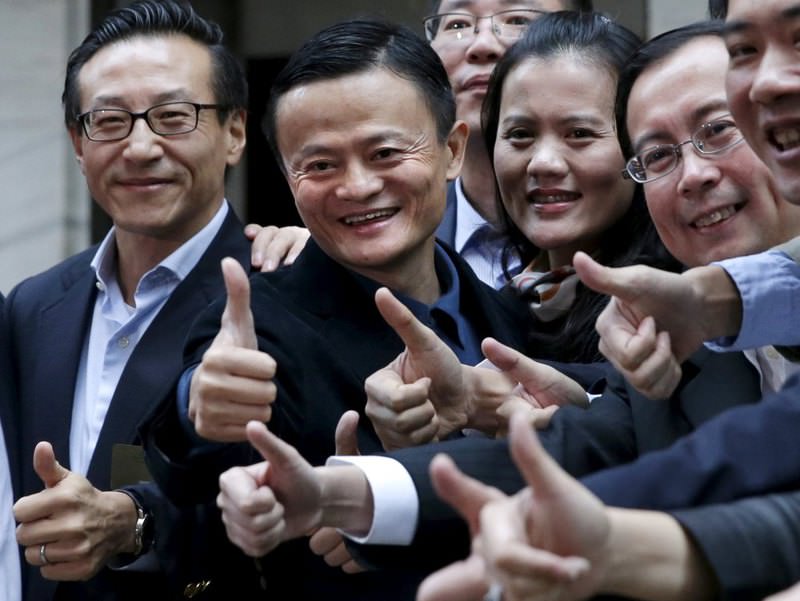 by Sep 18, 2015 12:00 am
A year since it went public in the biggest stock listing ever, China's Alibaba Group Holding Ltd has spent more than $6 billion on everything from an electronics store chain to a robot maker. As shares hover below their debut price, investors in the e-commerce giant wonder just when it will all pay off. The seemingly scattershot approach to deals has left shareholders asking how Jack Ma's baby, once the darling of bourses, analysts and investors alike, will pull new businesses together to manage a vital transition. From dominance of a surging China, it must cope with saturation in a slowing economy where shoppers are beginning to tighten their belts. At the same time, smaller rival JD.com Inc's growing market share is cause for concern - especially as it's backed by Alibaba nemesis Tencent Holdings Ltd.

"They are trying to do too many things at once," said John Ettinger, a co-portfolio manager of the $5.6 billion Federated Kaufmann fund, which has owned Alibaba shares since the fanfare of the initial public offering.

Close to $140 billion has been wiped off the company's market value since last November's peak. Alibaba Executive Vice Chairman Joe Tsai painted the acquisitions strategy as a coordinated game of chess in an interview with Reuters last week.

Still, Alibaba's transition to mobile shopping from more-lucrative PCs has been slower than expected and in August it reported its worst recorded quarterly growth in revenue and transaction volume. With the latter expected to fall further, a flurry of brokerages have cut targets; one lone analyst recommends selling.

The $6 billion-plus in M&A activity since the IPO has highlighted an expansion strategy that's nothing if not diverse. Since 2013, investments by Alibaba and affiliates stack up to more than $16 billion, by Reuters' calculations, in sectors such as taxi hailing, pharmaceuticals, financial media, postal services and half a football club.

Publicly available data suggests an underwhelming performance so far by several investments. An Alibaba spokesman said the firm was optimistic about these companies' prospects and had communicated there would be losses early on, but declined to comment on other investments.

Some of these deals do tie into broader strategies to improve the e-commerce firm's logistics, and expand into new areas like digital entertainment and Internet finance. But some say Alibaba - cash-rich from years of wildfire growth - is spending big and wide in search of success beyond its central business as the threats of shrinking margins, slowing growth and dangerous rivals loom. "They're trying to hedge their bets in several directions," said Richard Kramer, the London-based founder of Arete Research. "I think they realise that there's going to be natural limits to their core business."