Gülen-affiliated Koza İpek evaded TL 27.5M in taxes over the past 5 years 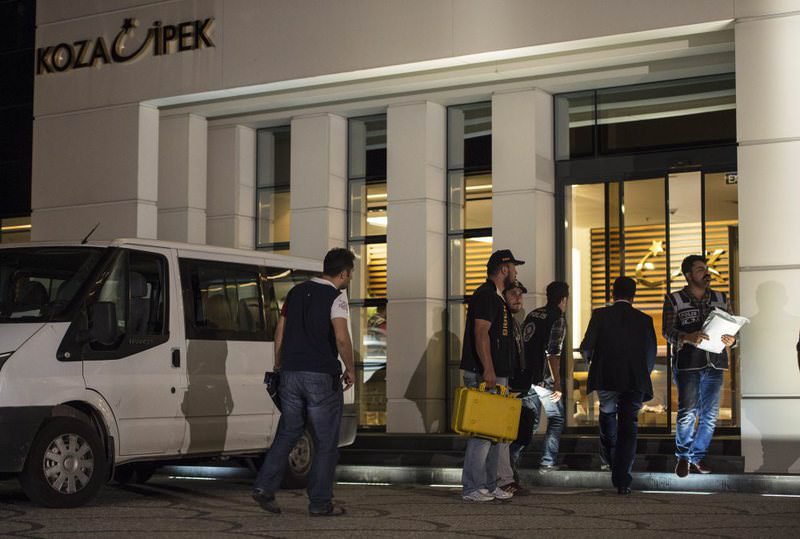 Koza İpek Group Chairman Akın İpek, whose companies were under investigation for $7.04 billion in illegal transactions to finance terrorism, has been found to have evaded TL 27.5 million in taxes over the past five years

Koza İpek Group Chairman Akın İpek, who is suspected of financially supporting the Gülenist Terror Organization (FETÖ), has been found to have evaded TL 27.5 million ($9.21 million) in taxes over the past five years. The Tax Inspection Board (VDK) has launched an investigation into three companies belonging to İpek, who fled the country during the Ankara Chief Public Prosecutor's Office's investigation into the Koza İpek Group on charges of financing FETÖ. After examining the past five years' accounts, the VDK has found that the group's construction company, ATP İnşaat, evaded taxes amounting to TL 13.5 million, while the Koza İpek Company and the gold firm, Koza Altın, evaded TL 7 million in taxes each. The detection report was referred to the Ankara Chief Public Prosecutor's Office.

On Sept. 1, a probe was launched into 23 companies belonging to İpek and his house on the same charges. İpek, who is accused of leading FETÖ, which is led by U.S.-based Turkish imam Fethullah Gülen who lives in self-imposed exile in rural Pennsylvania, had fled the country on a private plane, as the operation was leaked the day before.

Koza İpek was founded in 1948 by Akın İpek's father, Ali, as a printing company. Today it has interests in media, energy, construction and mining. Among its media holdings are the Bugün and Kanaltürk TV stations as well as dailies Bugün and Millet.

Separately, Istanbul police are conducting searches at the Kaynak Holding for the second day in a row. Kaynak owns 23 companies with interests including media, education, tourism and logistics. According to Kaynak's website, the conglomerate was established in 1979 as a publishing company and now spans 16 sectors. It employs more than 8,000 staff and trades in more than 100 countries.

The Gülen Terror Organization is accused of conspiring against the state, wiretapping thousands of people including government officials and encrypting phones. The organization has been labeled a threat against the country's national security. Government officials have continuously expressed their determination to continue to lawfully fight against the Gülen Terror Organization, which has been accused of trying to topple the democratically elected government through its operatives in the judiciary and the police. Moreover, the organization has been defined along the lines of "civilian elements attempting to take over the state by unlawfully organizing within state institutions" in the Red Book, a legal document that contains the country's security threats, since January 2015.
Last Update: Sep 22, 2015 1:49 am
RELATED TOPICS