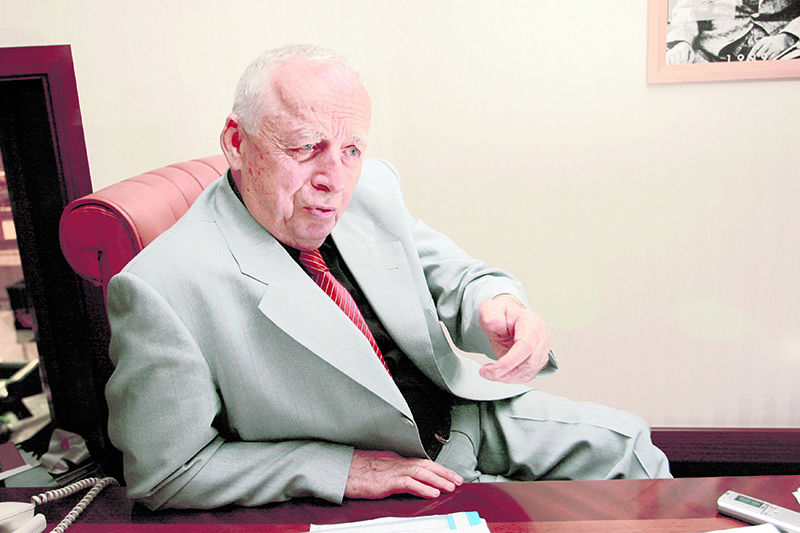 by daily sabah Sep 23, 2015 12:00 am
Renowned Turkish businessman and chairman of Cevahir Holding, İbrahim Cevahir, 77, passed away of a heart attack on Tuesday.

Cevahir's funeral will be held on September 25, in Istanbul's Fatih Mosque following noon prayer, and then he will be buried at Yeniköy Cemetery.

İbrahim Cevahir, born in Turkey's northern Trabzon province, established Cevahir Group in Istanbul with his brothers Mehmet and Reşat Cevahir in 1970s. The group has invested in significant international projects, especially in Libya and Saudi Arabia, in addition to domestic investments in Turkey.

The Cevahir Holding has achieved an important portion of tourism sector after building a large number of hotels.

In addition, a convention center was built in May 2002, which was Europe's largest at the time, in Istanbul Grand Cevahir Hotel. Cevahir Holding also built the Cevahir Shopping Center in Istanbul.
RELATED TOPICS