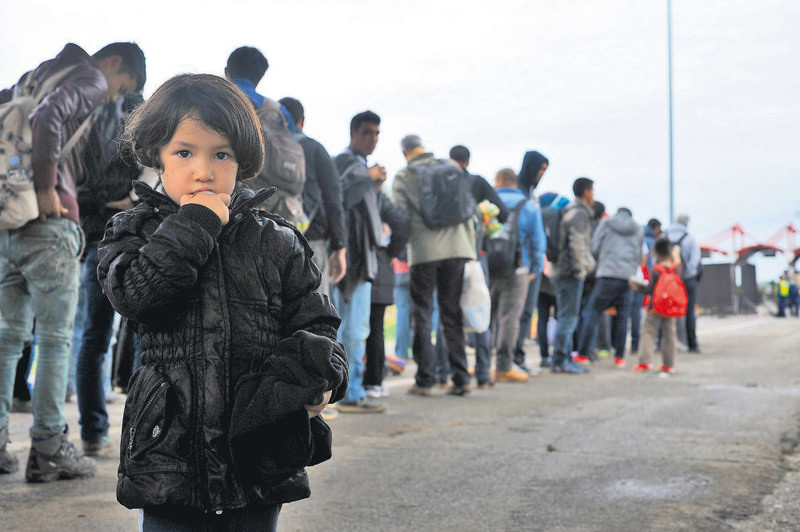 by Associated Press Sep 29, 2015 12:00 am
People crammed into boats and trekking across borders have become the dominant images of Europe's migrant crisis. In the shadows, however, there are those who are profiting, for whom every migrant is a business opportunity.

The business of migration extends far beyond the human traffickers, who often grab migrants' money and send them on life-threatening journeys on rubber boats or in cramped trucks. It include bus companies and shelter operators that provide essential logistical help to authorities overwhelmed by the sheer number of people in need of housing and transportation. Telecoms companies that sell SIM cards with special contracts for cross-border calls. And petty food-and-drink vendors at train stations are even known to be price-gouging, charging migrants double or triple the amount they'd be charged in stores around the corner. There are no overall estimates for how much the business of migration rakes in but there's no doubting it's a multi-million dollar industry. Authorities in Germany estimate the cost of housing and feeding migrants alone at about 12,000 euros ($13,400) per person, per year.

Entrepreneur Bert Karlsson is among those profiting from the wave of migrants coming to Europe. The record company boss and founder of a now-defunct anti-immigrant party in Sweden raised eyebrows recently when Swedish media reported that his company, Jokarjo, had billed the government 132 million Swedish kronor ($16 million) to house asylum seekers. Sara Sundelius, a spokeswoman for the Swedish migration service, said the government would normally house asylum seekers in regular apartments. But due to the sharp rise in numbers, some 21,000 asylum seekers are being put up in cabins, small hotels and hostels at a cost of between 250-300 Swedish Kronor per day, per person.

Sweden is one of the main destinations for many of the Syrians, Iraqis, Afghans and others hoping to start a new life in Europe. Another is Germany.

German local authorities have long outsourced the management of refugee shelters to non-governmental organizations, particularly charitable groups such as Diakonie, AWO and the German Red Cross. But faced with an unprecedented influx of migrants, private companies have been able to offer cash-strapped mayors better deals.

"We're doing something some people consider dirty: we make money," said Klaus Kocks, a spokesman for European Homecare, a housing company. The firm first began providing accommodation for migrants 25 years ago, when tens of thousands of ethnic Germans left the Soviet Union and Poland for Germany, following the collapse of communism. It expanded as a result of the Balkan wars, which again brought a wave of refugees to Germany.

The latest surge has seen the number of shelters run by European Homecare double to 100 in the past year. The company's 1,000 staff now care for 15,000 refugees in cities across the country.

Refugee rights campaigners have criticized the company, claiming it cuts corners in order to be able to keep costs down and win contracts. Kocks denies this, saying European Homecare is simply better placed to keep costs low. European Homecare is currently in negotiations to buy modular containers left over from the Winter Olympics in Sochi, Russia, to house new arrivals.
RELATED TOPICS