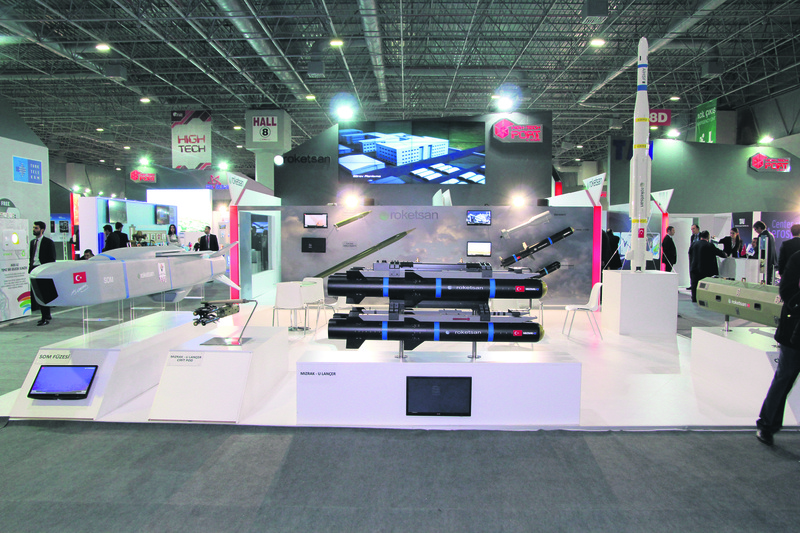 High-Tech Port by MÜSİAD, a defense industry fair organized by the Independent Industrialists' and Businessmen's Association (MÜSİAD), will be held in the Qatari capital of Doha from Oct. 6-8. The fair will bring together 66 Turkish and Qatari high-tech defense systems producers. In an exclusive interview with Daily Sabah, High-Tech Port General Coordinator Hakan Kurt said the Turkish defense industry is a global brand and the defense fair will help Turkey display its strength in this field.

High-Tech Port by MÜSİAD is expected to pave the way for Turkey and Qatar to develop joint products for Turkey's national aircraft called TRJet and to receive orders for special use and military jets. Also, the fair will help Turkish companies undertake the project of a training center for Qatar's independent telecommunications regulator ictQATAR and aid ASELSAN in establishing a permanent base in the Gulf region. Turkish Technic, the technical arm of Turkish Airlines, is expected to develop joint business with Qatar Airways in the upcoming period as well.

The fair will also bring together the leading defense actors of Turkey and Qatar, Kurt said, adding that this is a new model that is important in terms of business development efficiency. It will enable Turkish and Qatari firms to develop business in a monopolistic environment, he stressed, adding that the Turkish defense industry has the potential to reach a business volume of $5 million over the next decade.

High-Tech Port by MÜSİAD, which prioritizes high and strategic technologies, adopts a vision in line with the philosophy that the world is dominated not by capital holders but technology developers. Kurt said the fair will showcase Turkey's technological products for world markets and bring together prominent Turkish high-technology producers with target markets.

High-Tech Port by MÜSİAD was held for the first time under the auspices of President Recep Tayyip Erdoğan during the 15th MÜSİAD International Fair and 18th International Business Forum, which was held simultaneously in Istanbul from Nov. 26-30, 2014. It was attended by 7,250 foreign businesspeople from 123 countries, thousands of local visitors and 74 domestic firms. The fair, which was the most attractive part of the MÜSİAD International Fair, helped Turkey consolidate its relations with friendly and allied nations. It also enabled a large amount of products to reach both domestic and global markets, and was one of the most important indicators of the progress Turkey has made over the past decade.
RELATED TOPICS